Careers in English: How to Become an Investigative Reporter

Investigative reporting is a vital part of American society, with the potential to uncover and report on important events and issues. For example, Upton Sinclair’s The Jungle highlighted the terrible conditions in Chicago’s meatpacking plants in the 1900s; Bob Woodward and Carl Bernstein alerted the public to the Watergate scandal in the 1970s; and, more recently, between 2013 and 2018, The Washington Post and The Guardian reported on National Security Agency surveillance. 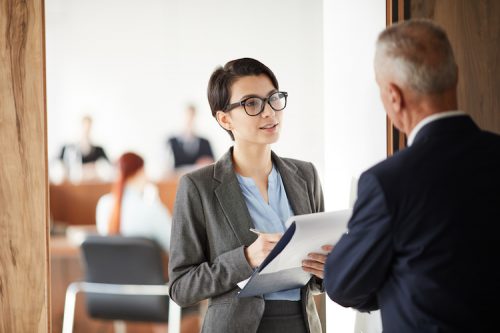 What Does an Investigative Reporter Do?

Investigative reporting usually deals with serious issues and typically focuses on political events or social trends. Once assigned a topic, investigative reporters will reach out to sources and experts on the topic to arrange interviews. In addition, they often spend considerable time researching their topic and fact-checking sources. Then, it’s time to organize the information, write the story so the audience will easily understand it; review the story to ensure proper grammar, spelling, and style; and ultimately submit the story to the editor or news director.

In this modern technological era, the investigative reporter’s job description has changed. Instead of just reporting for a print newspaper, a reporter may also post to a blog or social media accounts like Facebook and Twitter, or even do audio reporting through podcasts. For example, the hit podcast Serial, published in 2014, took a single court case from the 1990s and brought it to the national stage with its in-depth look at how the judicial system handled the case.

Steps to Become an Investigative Reporter

Becoming an investigative reporter most often includes earning an undergraduate degree in a field like journalism or attending a program like Maryville University’s Bachelor’s in English, which can help you improve your writing and communication skills. English students read various works from all over the world and analyze them in both oral and written form. This type of background will help you prepare to interview individuals and write investigative articles.

News organizations often look to hire someone with prior experience. Job shadowing and internships are great ways to gain experience while you’re earning your degree. You may consider writing for the student newspaper while you’re taking courses, or you could spend a summer shadowing a reporter at a local newspaper or radio station. This type of real-world experience is appealing to employers since they know you’ll already have the journalistic experience to immediately apply to your new job.

Another benefit to having prior experience is the ability to create a portfolio of your work for future employers. Carrying a portfolio to an interview shows that you’re professional and accomplished. This will also give employers a chance to look at your work and see if your writing style and topic choices are a good fit for them.

Though traditional newspaper journalism has seen a general decline in recent years, that doesn’t mean that investigative reporting has died. Instead, most cutting-edge reporting has moved to online outlets and journals, offering up plenty of opportunities for reporting of all kinds. As such, many aspiring investigative reporters are turning to freelance work. Freelance reporters don’t work for a specific organization, but instead, have the freedom to choose the topics and media outlets for their reporting. Writers in the broader media sphere can expect to see about 6% job growth, which is about average for all jobs according to the BLS.

If you love researching, interviewing, and writing and have a passion for sharing important issues with the public, an investigative reporting career may be a great fit for you. Starting an undergraduate degree where you develop communication, research, and writing skills can provide you the tools you’ll need to become the next Woodward or Bernstein. Learn more about how Maryville’s online BA in English can jumpstart this career path for you.