How to Work for the U.N.

International cooperation is more necessary than ever before. The connectivity of cultures around the globe has been increasing throughout human existence, from small, isolated tribes to today’s hyper-connected society. People can travel from almost any country to another to experience different cultures, languages, foods, and traditions. Governments also trade many types of goods and services, make investments in other countries, and create more global connections. 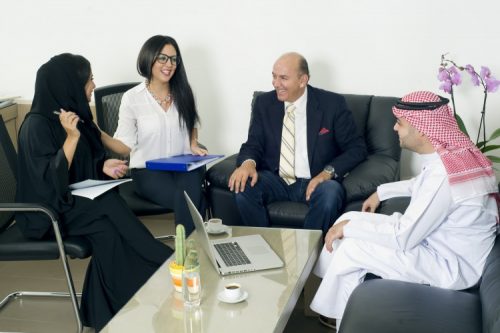 The United Nations (U.N.) holds a unique influence over the workings of global politics, economics, and society. Not yet a century old, the U.N. has a staff of more than 40,000 workers drawn from its member states, which encompass almost every nation in the world. Continue reading to learn how to work for the U.N., what the organization is, and the necessary steps to attain a position that can create positive change across the globe.

What Is the United Nations?

Founded in 1945 in the wake of World War II, the United Nations began with 51 member states dedicated to preserving world peace after the greatest armed conflict ever seen. It has grown to over 193 member states that collaborate in areas such as economics, tourism, poverty, conflict, healthcare, social justice, climate change, and other international issues. Though the United Nations holds no legally binding powers, its resolutions help set the tone for important global issues and bring to the forefront pressing causes that affect billions of people worldwide. As of 2019, the U.N. has 13 different ongoing peacekeeping missions, with over 100,000 people working in areas such as Kashmir, the Democratic Republic of the Congo, Kosovo, and Mali.

Many career opportunities, in many locations, are available in a body as large as the United Nations. The organization notes there are “few clearly marked career paths” for working for the U.N. and that its employees “may not only change functions or departments, but even organizations or fields of work” during the course of their employment. U.N. career opportunities include the following examples:

No matter what United Nations career you might seek, a specific skillset applies across the board. The organization outlines the following important traits to consider if you think you might be a good match for working in the U.N.:

U.N. workers need to conduct themselves ethically and treat their jobs seriously. They should be on time and dedicated to their work, staying organized and efficient, working within legal boundaries, and treating all co-workers and other contacts with respect.

Working in different countries means encountering people with different belief systems and ways of life, which, without cultural awareness, can create conflict. U.N. workers must respect these differences and find ways to work appropriately with everyone.

The U.N. looks for employees who can generate new ideas and approaches to problems. These visionaries have the power to shift the status quo for the better. The U.N. encourages innovation and experimentation.

When working in a complex organization with so many moving parts, communication is vital to keeping the flow of information moving in an orderly manner. Communication doesn’t just mean being vocal; it means speaking and writing with a professional tone and exercising listening skills.

Working for the U.N. means staying on top of a number of different initiatives, organizations, events, and political changes. Staying properly organized is key, as U.N. employees must be able to recall facts, figures, or documents in a number of important situations.

The U.N. works in all corners of the world, leveraging many different technologies. Employees may be required to work with anything from a computer in a modern, developed city to a water wheel in a remote, rural farmland.

How do you work for the U.N.? The application process for potential hires entails the following seven steps:

Get the Right Education with Maryville University

No matter what United Nations career might interest you, you’ll benefit from an education that emphasizes cross-cultural skills and the formation of global insights regarding cultures and people. Explore how Maryville University’s online Bachelor of Arts in International Studies could help prepare you for a job at the world’s premier international organization.

What Is International Studies? A Closer Look at Global Issues

The Balance, “The United Nations and How It Works”

The New York Times, “What Is the United Nations? Explaining Its Purpose, Power, and Problems”

United Nations Careers, Where We Are

United Nations, What We Look For