The criminal justice system in the United States is massive. The Court Statistics Project, an offshoot of the National Center for State Courts, reported there were approximately 84 million cases heard in state courts in 2016, plus another million in federal district and bankruptcy courts that same year. The Bureau of Justice Statistics reported there were nearly 1.5 million people in jails in the United States at the end of 2017 — a little more than four out of every 1,000 residents.

An enormous web of criminal justice employees handles this large number of cases, working in settings from courtrooms to police stations, prisons, and rehabilitation facilities. There are nearly a million police officers, detectives, judges, probation officers, and correctional officers in the United States, according to the U.S. Bureau of Labor Statistics (BLS). Additionally, administrative staff and medical specialists support the criminal justice system. Most of the individuals working in this field have earned a degree in criminology or criminal justice. While they may seem similar, there are nuanced differences between criminology vs. criminal justice degrees. 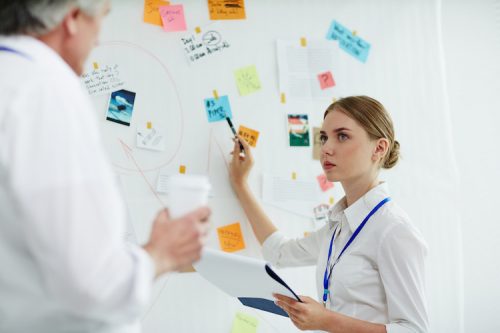 Sherlock Holmes might not have called himself a criminologist, as the word was new in the late 19th century, but Sir Arthur Conan Doyle’s famous literary detective certainly fit the mold of a disciple of criminology, the study of crime and criminal behavior. Criminology is a close relative of psychology and sociology but applies to people who break the law and the reasons for their behavior. Curriculum within criminology programs usually examines crime as a social phenomenon, and students learn to apply theory to issues of the analysis of illegal behavior.When someone commits a crime, criminologists set out to determine why, especially if the crime fits a larger pattern. They also want to study recidivism rates and how to keep those convicted of a crime who have served their time from falling into the same negative life patterns that led them to break the law in the first place.

What Do Criminology Graduates Do?

One of the differences between criminology and criminal justice degrees is that criminology programs emphasize the development of analytical skills to use within the law enforcement system, and graduates aim to help law enforcement and government organizations by studying criminals and crime. If they want to continue building on the research aspect and become criminologists, they might want to go to graduate school for criminology or a related field, such as statistics or data analysis, which can equip them to write programs and codes to better analyze large data sets and understand criminal patterns on a national scale.

What Do Criminal Justice Graduates Do?

Criminal justice graduates are set to pursue careers in various law enforcement positions, from local police officer or state trooper to FBI field agent. They can also use their knowledge of the criminal justice system to aid those going through it as a social worker or advocate. Some criminal justice majors might go to law school to become prosecutors, criminal defense attorneys, or public defenders. They can also work in courthouses, jails, or prisons as correctional officers or parole officers.

Similarities Between Criminology and Criminal Justice

Both the criminology and criminal justice degrees position recipients to work in law enforcement or in the judicial or correctional system. Some schools combine the two areas of study into one major with different tracks, and others allow students to select courses from both areas. Maryville University’s online bachelor’s in criminal justice, for example, offers students an opportunity to merge these two fields into one comprehensive degree path. Curricula commonly include an introduction to the American law enforcement system; overviews of criminal law, the legal system, and the corrections system; and courses that address the systemic reasons behind criminal rehabilitation efforts. Whether studying criminology or criminal justice, graduates are well-prepared to continue their education in a graduate program; many choose to go to law school, for example.

Differences Between Criminology and Criminal Justice

While criminal justice and criminology connect with one another and contain a good deal of overlap in career paths, there are differences that provide their graduates with unique skill sets.

Criminal justice studies the system itself, whereas criminology studies the motivations and reasons why people turn to crime, as well as how to correct their behavior. Those who graduate with a degree in criminal justice may be more likely to defend their neighborhoods and seek to curb criminal activity, while those who study criminology perhaps are more interested in getting to know the perpetrators and understanding their motivations. Reasons for pursuing either career path are very personal, and there’s no catch-all inspiration for choosing one over the other. However, frequently, criminal justice graduates have an interest in direct action in their community, while criminology students are compelled by an interest in studying crime as a social phenomenon.

Criminology vs. Criminal Justice Degrees: Which Is Right for You?

If you want to pursue a career in law enforcement or a related field, studying criminology or criminal justice is the perfect way to start down that road. Check out Maryville University’s online Bachelor of Arts in Criminal Justice/Criminology, which incorporates both criminal justice and criminology into its curriculum to equip students with a well-rounded criminal justice education for their future careers.

Bureau of Justice Statistics, “Prisoners in 2017”

Houston Chronicle, “Reasons to Be a Criminologist”

Houston Chronicle, “What You Can Do with a Criminology Degree”