Women of Color in STEM

Throughout history, hidden figures — women of color who contributed to and sustained different fields of study — have gone without recognition. 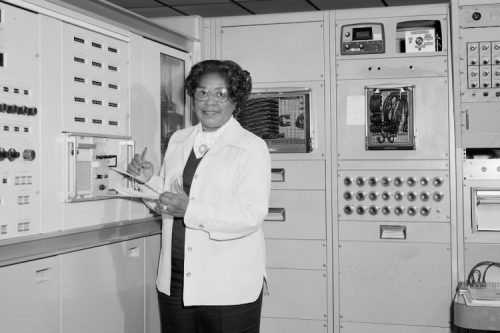 Many important women of color made groundbreaking discoveries in science, technology, engineering, and mathematics. These women were experts in their fields and contributed to the success of their organizations and institutions. They were educated professionals who defied constraints, rose to the top of their organizations, and accomplished great things.

It would be impossible to properly acknowledge all of the women who have contributed to STEM throughout history since their achievements have often been ignored or suppressed. However, even though women and women of color have often fallen out of the historical record, resources still exist that reveal how pivotal many women have been in developing technology, medical knowledge, scientific instruments, and engineering skills. As long as science, technology, engineering, and math have existed, women have contributed to innovations and discoveries.

As far back as 2300 BCE, a priestess of Ur named En’Hedu’anna studied astronomy and tracked the cycles of the moon. She, like many scientists of her time, recorded her findings as poetry. People recited her poetry for 500 years after her death.

The existence of some women in STEM is debated because of flawed historical recordkeeping. One of these women is Merit Ptah, who worked in the third century BCE. She was a physician in ancient Egypt and the first recorded woman in medicine. Some contend that she may not have actually existed, but that she represents female physicians who were pioneers in medicine and science. Others argue strongly for her existence, pointing to historical records that show she was the chief physician of the pharaoh’s court.

Women of color in STEM have contributed to science and medicine from ancient history to the modern day — from Al-Ijliya Al-Astrulabi inventing the astrolabe in 10th-century Syria to Ālenush Teriān becoming the first Armenian female astronomer and physicist in 21st-century Iran. These women defied social and cultural repression to make timeless discoveries that advanced the fields of astronomy and astrophysics.

Statistics on Women of Color in STEM

While many women have made great contributions to various STEM fields, they are still underrepresented in STEM careers today.

Many factors contribute to women making up about only one-quarter of the STEM workforce. According to the Educational Research Center of America, male and female students in K-12 education share the same ability to excel in STEM classes. However, according to the same study, female students demonstrate less confidence in those subjects. If female students are not encouraged to study STEM or are even discouraged throughout their K-12 education, they may continue to lack confidence in those subjects and choose different majors in college.

The National Center for Education Statistics reports that in 2015 the percentage of women of color attending higher education institutions who earned STEM degrees was:

Because women, and particularly women of color, have been historically underrepresented in STEM majors at universities as well as in STEM careers, many women in the field struggle against the perception of working in a biased environment. Scientific American discovered that 45% of women in STEM leave their jobs because they feel underpaid and underrepresented.

Because of this attrition, few women rise to top positions as role models for other women. However, women who can earn STEM degrees are more than capable of working in STEM leadership positions and advancing their careers.

Women of color in STEM have overcome racial and gender biases throughout time to make a name for themselves and contribute to great causes, including many important African American women. These women overcame both sexism and racism to hold important titles and positions, contribute to significant discoveries, and push the boundaries of who is included in the history of STEM. The following are short biographies of important African American women in science, technology, engineering, and mathematics:

These important African American women defied the odds and the staggering statistics, devoting their lives to making the world a better place through their STEM careers.

Other Famous Women of Color in STEM

While women of color in STEM careers have always faced difficulties, they have persisted to overcome inherent biases based on sexism and racism. Here are short biographies of a few women of color who have contributed to STEM:

Institutions of higher education are encouraging women of color to consider STEM majors by offering special scholarships. Government agencies such as the National Nuclear Security Administration and private companies such as Hewlett-Packard are also providing scholarships to women of color. Scholars and professionals alike recognize that the science, technology, engineering, and mathematics fields are lacking in diversity and the country needs more women of color in STEM organizations.

One important event encouraging women of color in STEM careers is the annual U.S. Women of Color STEM Conference. Started in 1995, the conference brings women of color from different STEM fields together, and holds exciting and helpful events every year, including awards ceremonies and networking opportunities. More than 50 women in various STEM careers from government and industry are presented with special awards.

The conference hosts a career fair where women can meet potential employers and network with important industry leaders, creating important and lasting connections with other women of color in STEM. The Women of Color STEM Conference invites technology executives to serve as keynote speakers and provides workshops where women can build their knowledge and receive specialized training. College students interested in professions in STEM can attend the conference to make important contacts and learn how to navigate their own careers.

From ancient history through the present day, women of color have been making important contributions to the fields of science, technology, engineering, and mathematics. Although they have faced many difficulties in navigating their STEM careers, they have continued to make a difference in the world, with or without recognition. As many women of color in STEM are finally being acknowledged for their accomplishments, they inspire others to follow in their footsteps.

Students interested in a career in STEM can begin by earning an online bachelor’s in data science at Maryville University. The curriculum immerses students in both the theoretical and practical aspects of technology, teaching the tools and techniques of data analysis — the key skills necessary for working in large corporations, small businesses, government agencies, nonprofit organizations, marketing firms, and more.

Maryville University students gain experience researching and analyzing large data sets that can provide key insight for organizations of all types. Learn more about how the program can help you pursue a successful career in STEM.

Biography, “Katherine Johnson and 9 Other Black Female Pioneers in Science”

Girls Who STEM, “The Best STEM Organizations for Girls & Women”

Inverse, “Mary G. Ross: How She Paved the Way for Native American Women in STEM”

Nautilus, “It’s Time These Ancient Women Scientists Get Their Due”

NGC Project, “The State of Girls and Women in STEM”

Scientific American, “Where Are the Black Women in STEM Leadership?”