4 Tips to Improve Your Business Reputation

In today’s digital world, a company’s brand, offering, and reputation are constantly on the line and visible to anyone, at any time. When people hear a brand name, they often form a lightning-speed association with the things that the organization has done in the recent past. The internet is the catalyst for this high-speed connection of company with reputation, and while it has given companies new ways to communicate, it has also created new venues for criticism and negative feedback. The complex interconnections between people, brands, and messages are worth exploring. 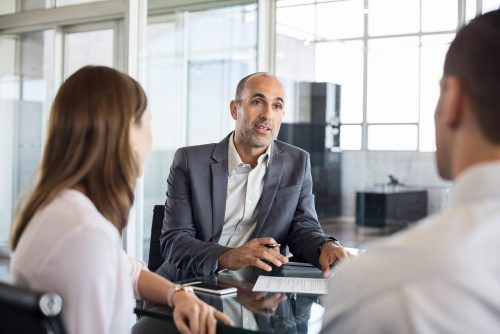 Reputation management is a critical skill for high-level executives today, as a company’s ability to win customers over and retain their business for the long haul has become tied up with the image projected by the brand. But before reading tips for boosting online business reputation, it pays to remember what’s at stake. This means considering the effects when a company’s reputation gets away from it.

The Costs of a Bad Business Reputation Are Unquantifiable

A Fortune report presents a clear example of an organization with a fallen image: Wells Fargo. While the company’s stock price and total deposits rose for a time immediately following the disclosure of its fraudulent practices, Wells Fargo continues to suffer the ill effects of the scandal, in which employees struggling to hit personal sales goals opened “ghost” accounts without customer knowledge. The saga played out in the news, and there has been what new CEO Tim Sloan called “some impact” on the way individuals think about the bank.

According to Fortune, Wells Fargo lost its place among the “World’s Most Admired Companies” in 2017 — it was No. 25 on the magazine’s 2016 list. That same year, the bank was 70th among the 100 most visible brands in terms of positive public impression. In 2017, Wells Fargo dropped to 99th, with the only lower-ranking business being Takata, the airbag manufacturer with products linked to multiple fatalities. Wells Fargo is absent from Fortune’s ranking of the most admired companies of 2018.

Wells Fargo’s reputation rebuilding will require even more effort in light of the $575 million the bank will pay to states as settlement of claims relating to its fraudulent sales practices, as Bloomberg’s Hannah Levitt reports. In 2018, the bank paid $1 billion in penalties to federal agencies for its “consumer mistreatment,” according to Levitt, and an additional $480 million to settle a class-action lawsuit filed by investors. However, the biggest hit to the company’s finances in 2018 was the $2.09 billion it paid to settle federal charges relating to fraudulent mortgages made during the housing crisis a decade ago.

The material impact of such a fall from grace stems from the ability, or lack thereof, to attract and retain business. According to Fortune, some local city governments, conscious of their own reputations, have declared that they won’t do business with Wells Fargo. This opens opportunities for competitors, and though it may remain unclear how much business Wells Fargo is losing, the sense of lost value is clear.

A Four-Step Approach to Maintaining a Good Business Reputation

No organization wants to see individuals or groups publicly refusing to engage with its business in light of its reputation. Getting to a crisis point such as Wells Fargo’s is a rare occurrence, but smaller problems happen fairly often. It’s important that leaders learn techniques and general approaches that will keep them out of these scrapes, such as the following concepts, optimized for the internet age.

1. Be available to the public.

Leaders’ actions are commonly conflated with those of their companies. Stepping into the spotlight, committing to change, and being publicly available and accountable is an important priority in the current, highly transparent era of business. The Financial Times suggests that when leaders make themselves invisible, it’s an invitation for continued coverage and questions. An information vacuum is filled with assumptions — typically, not good ones.

Openness is a virtue today, even when that means exposing uncomfortable facts. The MIT Sloan School of Management’s Neal Hartman told the Financial Times that when companies perform inspections of their own processes and find problems, they should present their findings clearly. If leaders seem to be covering anything up or suppressing issues, they may find their organizations the subject of more fast-paced and unflattering news cycles — and their business reputations plunging.

Empathy and emotion are key, according to then-Ogilvy PR U.K. CEO Marshall Manson. When the public encounters an organizational leader who seems too remote or unconcerned, people may have trouble believing the executive’s company is going to be responsible in the future. In the modern era of high-tech communications, social media is a great platform for expressing these feelings — as long as leaders use the platforms correctly.

It seems the importance of social media to promote and protect a company’s brand has not yet hit home with many CEOs. According to Forbes’ Ryan Erskine, a recent survey found that only 40 percent of Fortune 500 CEOs are active on social media and that less than 12 percent regularly use more than one social media account. This is a missed opportunity, Erskine explains, because CEOs are in a unique position to demonstrate the transparency consumers now demand, whether by explaining the reasons for business decisions, offering glimpses of the company’s internal operations, or sharing their thoughts on industry trends.

2. Be consistent in projecting an image.

A modern organization’s public face is built across a patchwork of channels. Getting all the relevant information to form a harmonious picture — instead of sending complicated mixed messages — is essential for any business that hopes to capitalize on its reputation. CIO Review contributor Thomas Spencer, the New York Power Authority’s senior director of enterprise risk management and corporate insurance, suggests that the C-suite must sign off on a consistent strategy and take direct part in it.

Spencer calls for companies to engage members of different departments, get buy-in from across the brand, and ensure everyone is working toward a single, identified goal. Having that single objective — the ideal envisioned reputation for the business — is an easy step to overlook, but it contains the crux of reputation management.

Leaders may ignore the need to create a target image, instead assuming that everyone is in agreement concerning the ideal public face of the business. This approach runs the risk of responding to a crisis situation with scattershot public statements, with each individual or social media channel carrying a different message. Because consumers can compare and contrast these clashing communications, they may find it hard to trust the business. Once that seed of doubt is sown, it’s tough for leaders to reverse course.

3. Pay close attention to what works.

While every company is unique, building a business reputation management strategy based on others’ efforts is a worthwhile exercise. Entrepreneur contributor Ayodeji Onibalusi recommends taking components of many different working approaches. This means using reputation tracking software to determine which companies are considered the top trustworthy brands in their respective fields and then using the concepts that work.

Onibalusi points to suggestions by YBus CEO Fernando Azevedo, who identified a few of the most common traits shared by well-liked companies today. For instance, the firms visibly care for their clients, put their ethics on display, and are concerned about quality. Companies can express these traits through a number of channels, both traditional and modern, but social media is clearly one of the most direct options. Azevedo points specifically to the way JetBlue now represents itself online, pleasing customers and burnishing a solid reputation. It was a hard lesson, however, as JetBlue had to weather its own public relations nightmare during a winter storm that stranded many flights and led to the company founder’s ouster as CEO.

What kinds of interactions does JetBlue now turn to when it wants to impress its customer base? Direct responses to consumer requests, questions, and complaints make up a big part of its online communications. This builds the kind of approachable appearance that can be valuable when a company’s reputation is at risk. Individuals have dealt with the organization in the past and found its representatives to be forthcoming and honest. A brand that becomes an online blank slate is prone to being linked with negative perceptions.

It’s relatively easy to say the right things — businesses can claim they are committed to their customers’ satisfaction, the betterment of the environment, or any number of other goals, but getting today’s informed audiences to believe in those motives requires a deeper and more consistent commitment. Environmental Leader’s Jennifer Hermes reveals that 40 percent of people surveyed for the 2017 Harris Poll Reputation Quotient believe companies commit to responsible policies because it makes them look good — not because they really mean it.

A culture of suspicion among the shopping public creates a challenge for companies working on their reputations. Talking about the organization’s good works and intentions is not enough unless there is action backing up that effort. Business reputation management is not just a communications issue. Getting the word out is important, of course, but it can’t be an end unto itself. Effective communication reflects something fundamental about the organization.

In the end, every expression of a company’s commitment to its principles is a late step in reputation management. Leading up to that point, it’s important for brands to create internal cultures that they can be proud of and that their customers will approve of when they learn the details. In today’s information-rich online world, it’s safe to assume that the inner workings of a business will become public, especially if they are somehow harmful or contrary to the organization’s public presentation. Taking care of internal processes is the key to setting a reputation.

Being an effective business leader today means understanding how people perceive the company and engaging in actions that maximize the business’s reputation. The opportunity present in mastering communication and reputation management is notable, as is the potential for things to go wrong when leaders ignore this part of their duties. Organizations’ experiences in this setting can be defined by their respective leaders.

Opening the business up to the public is simply part of existing in the modern, digitally connected corporate world. Leaders who are unfamiliar with the way business is conducted today may find themselves at a disadvantage. Refusing to play the game — making oneself unavailable or trying to keep a low profile on a corporate level — may be met with skepticism or even hostility from a data-rich audience that has come to expect a great level of transparency.

Learning about the way companies today present themselves, with all the public relations, marketing, and management practices bound up in that knowledge, is a major reason to earn a Master of Business Administration instead of taking on the mantle of leadership without advanced education. Individuals who take the time to learn from the examples of current company leaders can discover the conditions animating the market now and in the future.

Learn How to Keep Your Business’ Reputation Airtight With Relevant Coursework

Maryville University’s online Master of Business Administration curriculum is rich in examples of contemporary business performance. As graduates build practical abilities in addition to learning theoretical concepts, they discover the complexities and opportunities of being leaders in an online-focused world. The practices that define organizational leadership have evolved appreciably in recent years. Formally gaining new, fresh, and relevant knowledge is a way to keep learning rather than standing still in an industry on the move.

How an MBA in project management can impact small businesses

CIO Review, “Managing Your Company Reputation in a Digital World”

Forbes, “Is Your CEO on Social Media? If Not, Your Business May Be at Risk”

Fortune, “Inside Wells Fargo’s Plan to Fix Its Culture Post-Scandal”

Maryville University, “How an MBA in Project Management Can Impact Small Businesses”