Young people who commit a crime in the U.S. risk entering the largest prison system in the world. Almost 1.5 million people were imprisoned in the U.S. at the end of 2018, according to data released by the Bureau of Justice Statistics (BJS) in 2020. Between 1978 and 2018, the U.S. prison population jumped by more than 375%.

More recently, prison populations in the U.S. have fallen slightly. There have been small declines each year since 2010, including a 1.6% decline from 2017 to 2018, according to the BJS. However, the U.S. still has the largest incarcerated population in the world. It also incarcerates more young people than any other country. 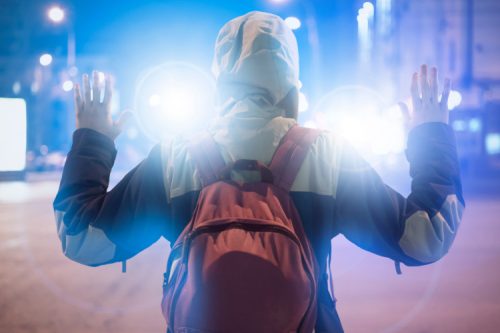 Multiple factors contribute to changes in incarceration rates, including crime rates, but clear links exist between major changes in prison population and specific laws and policies. For example, federal prison populations ballooned in the 1980s during the war on drugs when mandatory minimum sentences increased; they fell significantly after the U.S. Sentencing Commission cut the length of sentences for all drug trafficking offenses by about 25% in 2014.

Laws and policies have similarly impacted the juvenile justice system. The number of youth in confinement in the U.S. dropped by 60% between 2000 and 2017, largely due to reforms in state and federal laws, according to a 2019 report from the Prison Policy Initiative.

A closer look at juvenile delinquency statistics in the U.S. illustrates the link between the juvenile and adult justice systems and the significance of crime policy for American youth.

Juvenile delinquency statistics in the U.S.

Juvenile delinquency is unlawful behavior by a minor. (The statutory age of majority varies from state to state; juveniles are either under the age of 17 or 18.) Juvenile crimes include public order offenses; drug law violations; property offenses, such as burglary and theft; and person offenses, including assault, robbery, rape, and homicide.

According to the Juvenile Court Statistics report by the National Center for Juvenile Justice (NCJJ), the categories of offenses most commonly handled by juvenile courts include:

West Virginia, Wyoming, Oregon, Alaska, and South Dakota have the highest juvenile custody rates, according to The Sentencing Project. The rate is defined as the number of youths in the juvenile justice system per 100,000 youths in the state. Connecticut, Hawaii, Vermont, New Hampshire, and North Carolina have the lowest rates.

State-level juvenile arrest rates (also defined by number per 100,000) vary significantly depending on the type of violation. For example, Nevada, Delaware, and Louisiana have the highest number of arrests for aggravated assault, while Wyoming, South Dakota, and Utah have the highest rates for drug abuse, according to the Office of Juvenile Justice and Delinquency Prevention (OJJDP).

Comparing juvenile arrest and custody rates at the state level can be misleading, however, because the laws governing juvenile crime and detention vary greatly from state to state. Some states are actively working to reduce youth incarceration. Juvenile justice reform legislation in California, for example, has outlawed incarceration of youth for truancy and prohibited youth under the age of 16 from being placed in the adult detention system.

In the U.S., young people confined as a result of juvenile or criminal justice involvement can be held in a variety of facilities. Youth correctional facilities include detention centers, long-term secure facilities, and short-term reception centers. A substantial number of juveniles are held in adult prisons and jails.

Juvenile justice practitioners typically agree that confining youth is generally not in the best interest of young offenders or the public. Juvenile detention centers are meant to provide safe and temporary custody, but youth correctional centers are large, locked facilities that generally resemble adult prisons. Two-thirds of youth in juvenile facilities are held for longer than a month, according to Prison Policy Initiative.

Incarcerated youth are at risk for physical and psychological abuse, sexual assault, and suicide. Education services are limited. Adverse effects associated with detention include poorer life outcomes, including less success with educational attainment, personal and family relationships, and gainful employment.

Risk factors associated with a higher likelihood of juvenile delinquency can be organized into four categories:

Experts in preventive strategies for addressing juvenile delinquency advocate for evidence-based practices that have been evaluated and shown to be effective in reducing or preventing crime. One example of such practices is early detection programs, which attempt to intervene before delinquent behavior occurs. Examples include preschool programs and home visitation programs involving social workers and other health professionals.

Addressing juvenile delinquency and its underlying causes requires effort from professionals involved in social work, social justice, and criminology. The skills and knowledge needed to be successful advocates for change differ depending on the job, but experts across these fields share an understanding of the criminal justice system and of strategies for reducing risk factors associated with juvenile delinquency.

More importantly, they share a desire to improve outcomes and reduce recidivism among juvenile offenders. Family members, friends, and other concerned members of society can also play a role in advocating for change in the juvenile justice system.