International Studies vs. Political Science: Which Degree Is Right for You?

The professional world is more connected than ever thanks to evolving technology and social media. Current events are now shared in real-time, creating both challenges and opportunities across increasingly linked societies. In today’s global economy, professionals with an interest in world culture can prove to be highly valuable to organizations in nearly every industry. 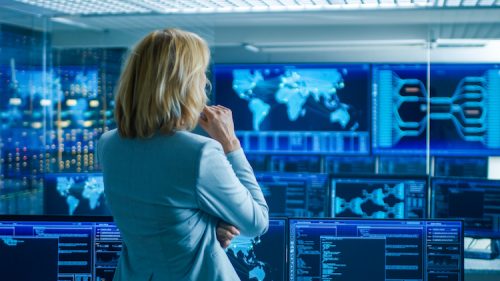 As modern business becomes increasingly global, professionals with strong international and cross-cultural skills will be invaluable. International studies students develop expertise in foreign policy, government, and diplomacy, as well as skills valued by organizations such as the United Nations (UN), the Organization of the Petroleum Exporting Countries (OPEC), and the Association of Southeast Asian Nations (ASEAN).

A bachelor’s degree in this field can prepare students to interpret global issues, conduct cross-cultural research, and offer solutions with broad impact. These skills can be applicable to a variety of career paths in government and many other industries, such as communications, business, pharmaceuticals, and marketing.

Maryville University’s online Bachelor of Arts in International Studies allows students to build a personalized degree to develop a broad range of professional and interpersonal skills. The program, which offers opportunities to learn a foreign language and study abroad, helps transform students’ perspective on the world and add value to their careers by developing global knowledge. Students will examine cultures up close to form insights that can apply to a range of careers, such as CIA agent, archivist, diplomat, economist, market research analyst, interpreter, and immigration specialist. A significant difference between international studies and political science is that the former focuses on intercultural communication work, while the latter is just as likely to concentrate on domestic affairs.

According to the U.S. Bureau of Labor Statistics (BLS), growing international trade and an increasingly global economy will contribute to faster-than-average employment growth for interpreters and translators, which is expected to climb 18% between 2016 and 2026.

Market research analysts help global businesses and organizations understand the needs and wants of customers and have projected employment growth of 23% from 2016 to 2026, much faster than the average for all occupations (7%), according to the BLS.

The curriculum typically includes courses on research methods, policy formation, electoral systems, human rights, writing, and statistics. The skills acquired include analytical skills, such as the understanding of political concepts, political behavior, policy issues, and structures of government, as well as interpersonal skills, including analysis, communication, and critical thinking. Political scientists typically present their ideas and collaborate with other key stakeholders during the research or presentation process, so they must be able to effectively communicate their insights to a variety of audiences.

Political science majors pursue jobs not only in politics but also in fields such as business and law. There are many career paths available to these majors, such as social media marketing, public relations, and marketing research. A bachelor’s degree in political science can also qualify professionals for roles as research assistants, assistants for political campaigns, or employees at nonprofit organizations.

It is important to note that the educational paths of international studies and political science can lead to careers in similar fields, and each offers valuable — and even overlapping — skills. For example, both international studies and political science degrees can provide the analytical and interpersonal skills required to become a market research analyst or PR specialist.

Despite their underlying similarities, there are differences between international studies and political science in several areas, such as education, professional requirements, and career path.

Becoming a political scientist usually requires the completion of a master’s degree or PhD. Applicants to graduate programs must complete an undergraduate degree in political science or another related field, such as writing or statistics. Applicants also benefit from having related work or internship experience. International studies is a broad discipline, so the professional requirements vary greatly depending on the specific area of interest. Different occupations may require additional education or licenses.

International Studies vs. Political Science: Which Is Right for You?

If you’re looking for a world of possibilities through a single degree, explore Maryville University’s online Bachelor of Arts in International Studies. The diverse and exciting curriculum prepares students to face both challenges and opportunities associated with increasingly interconnected societies. Transform your interest in world culture into insights and skills that can be highly valuable to different organizations across an array of industries.