When future generations look back at 2020, they’ll find that the year’s headlines covered a lot more than coronavirus. Issues such as systematic racism; diversity and inclusion in the workplace; the impact of the growing digital divide on education; climate change; and immigrant rights have all been at the forefront of the national conversation. Similarly, the call to act — whether through activism, allyship, or donating time and money — has grown louder.

If you’ve been meaning to get involved but have yet to cross it off your to-do list, there are still a few weeks left in the year. The global generosity movement known as Giving Tuesday, scheduled for December 1, provides the perfect opportunity to act. 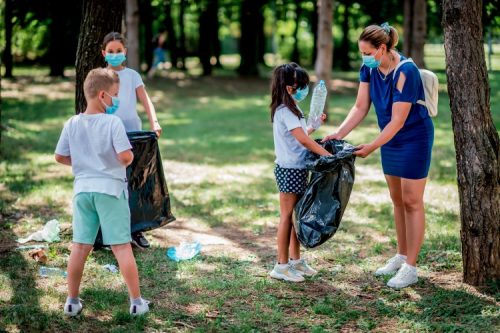 The History of Giving Tuesday: How the Global Generosity Movement Started

New York’s 92nd Street Y and the United Nations Foundations created Giving Tuesday in 2012 in an effort to encourage people to do good. The goal, according to its founders, was to establish a day aimed at encouraging people, schools, families, organizations, and businesses to give to the less fortunate. The CliffsNotes history of the holiday is as follows:

Identify Causes That Resonate with Your Values

If you’d like to participate in this year’s Giving Tuesday, start by identifying causes that are important to you. From there, you can research charities that support the issues you’re passionate about. Look to the following examples of causes and corresponding nonprofits for inspiration:

3 Ways You Can Give That Don’t Involve Money

If you want to get involved but you’re on a budget, you can give in other ways, such as donating your time, using your talent, and performing random acts of kindness.

There are plenty of ways to help without monetary donations, but if you do plan to give money, research ways you can maximize your donation. For example, some companies add to their employees’ charitable giving, while others partner with specific nonprofits to match donations up to a certain dollar amount during giving periods.

How to Tell if an Organization Is Legitimate

As you research nonprofits, it’s important to make sure a group is above board before you donate. Below are just a few ways you can make sure your donation is going to a reputable charity.

’Tis the Season for Giving

If donating to a charity or volunteering to help further a cause has been on your to-do list for longer than you’d care to admit, Giving Tuesday is a great day to get off the sideline. Come December 1, whether you give your time, money, talent, or kindness, remember that even the smallest acts of kindness can help make the world a better place.

Protecting Your Identity and Credit Information During the Holidays

Insider, “How to Help the Fight Against Systemic Racism”