The amount of data we produce daily grows each year. According to Forbes, in 2018, we generated 2.5 quintillion bytes of data every day, through millions upon millions of social media posts, news stories, financial transactions, and more. As corporations become more entrenched in data, they increasingly rely on data professionals to help them analyze it so they can use it to make crucial decisions. 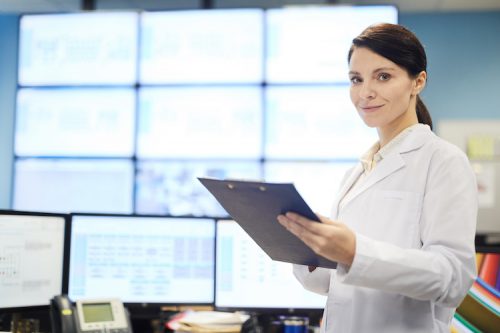 There are several key types of professionals who do this work. Data analysts, data engineers, and data scientists make a major impact in various industries. They all love numbers, analytics, and problem-solving but apply their skills in different ways. Discovering key differences in data analysts vs. data scientists vs. data engineers can help students with a knack for data to determine which profession is the best fit for them.

Data scientists combine the skills of programmers, graphic designers, statisticians, scientists, and other experts to identify problems that data gathering and analysis can help solve. For example, a city’s government might want to improve several gridlock issues at certain intersections but hasn’t found a solution. Data scientists with a background in traffic management could design systems to compile data from traffic lights all over the city into a living map of real-time traffic, identifying exactly where the problem areas begin and end.

Data engineers are computer programmers with engineering skills who collect, transfer, and store data for use and analysis. They design specific programs and computing frameworks to meet unique demands. Therefore, a key difference among data engineers, data scientists, and data analysts is engineers have advanced skills in programming and writing algorithms. They also communicate with data scientists to ensure they understand the aim of projects and design programs with consideration for what each team is hoping to accomplish. For example, in a city looking to change traffic patterns, data engineers would work with its computer and data storage systems to create a framework that allows analysts to pull data from any time, location, traffic situation, and day of the week.

The BLS does not currently have information on data engineering in particular, but it does keep statistics on the closely related field of computer programming. According to the BLS, the median annual salary for all computer programmers was $84,280 in May 2018. PayScale reports the average salary for data engineers is $91,845. The BLS predicts that among all computer and IT jobs, there will be overall growth, with an estimated 557,100 added to the market during the 10-year period between 2016 and 2026. However, more specialized programming jobs, such as data engineer, are less likely to experience outsourcing.

Data analysts determine the meaning of the data produced and organized by engineers and scientists to a specific business, organization, or agency. Once the data scientists have established the analysis methods and the engineers have built the systems to process the data, the analysts sort through the results and present their findings.

In the example of a city government trying to improve traffic flow, data analysts would figure out what the traffic patterns and data pointed to. They would identify specific points of interest and present those findings to a local board or overseers of the project. These findings would inform the city’s decision to install traffic lights at certain intersections or alter the length of lights at others, clearing up the crucial “hot spots” and lessening traffic loads at many others.

The BLS does not keep specific data for the data analyst job market, but PayScale, which sources data directly from those holding the position, reports the average data analyst salary to be $59,335. A 2017 IBM report projected increased demand for data scientists and analysts, pointing to booming industries that depend on data analysis, such as finance, insurance, and IT.

Data analysts, scientists, and engineers fill different roles in the data management chain and therefore require different specific skills, but there is a common thread among them: an analytical, problem-solving mind. They look at a problem and figure out the best way to put their abilities to use to reach a conclusion –– whether that’s designing the system for efficient data retrieval, asking the right questions, or looking at the data the right way. Also, professionals in all three roles tend to have computer programming abilities.

While there is some overlap in the demands of these data-driven professions, there are some finer points to each job that underline the key differences in data analysts vs. data scientists vs. data engineers.

Data analysts, data scientists, and data engineers might have similar skill sets in terms of their ability to think critically about data, solve problems, and work with computer programming and data visualization, but each type of data professional needs to hone different skills to stand out. Data scientists must understand machine learning and artificial intelligence (AI) as computers become more advanced in their ability to process complex commands and “learn.” Data engineers need to be especially skilled programmers who also understand storage, data processing, and network architecture. Meanwhile, data analysts develop refined skills in data visualization and data application.

Data analysts and data engineers typically have a bachelor’s degree, while data scientist roles often require at least a master’s degree. An undergraduate program such as Maryville University’s online Bachelor of Science in Data Science can help students develop the knowledge and skills needed to work toward any of these three professions through courses in programming languages, statistical design, and machine learning. For those interested in continuing their education in data science, Maryville University also offers an online Master of Science in Data Science, which can lead to more expansive career opportunities.

Though certifications aren’t a legal requirement for work in the field, data professionals can pursue them to demonstrate their proficiency in popular data systems and programming languages, often increasing their likelihood of employment.

Data Analyst vs. Data Scientist vs. Data Engineer: Which Is Right for You?

This data-driven world is always looking for new minds to innovate the ways in which we gather, analyze, and leverage data. Using their critical thinking and problem-solving skills to aid businesses, organizations, and governments of all sizes, data specialists can change how the world works. Find out more about how Maryville University’s online Bachelor of Science in Data Science can help you launch a career in this exciting world.

CIO, “7 Analytics Certifications That Will Pay Off”

DataQuest, “What Is a Data Engineer?”

Forbes, “How Much Data Do We Create Every Day?”

Forbes, “IBM Predicts Demand for Data Scientists Will Soar 28% by 2020”

InnoArchiTech, “What Is Data Science, and What Does a Data Scientist Do?”