Coronavirus (COVID-19) vs. Past Pandemics 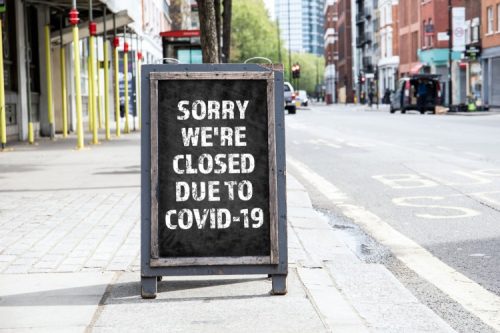 The statistics are sobering but also enlightening. Governments, scientists, and public health officials have learned a lot from pandemics going back to the 1918 influenza and even the Black Death of the 14th century. And one thing is certain — when it comes to the coronavirus vs. past pandemics, they share a lot of similarities. Understanding COVID-19’s impact through the study of history can prepare us not only for a post-COVID-19 recovery but also for global disease outbreaks to come.

Comparing Coronavirus and Past Pandemics

First, what is an epidemic vs. a pandemic? An epidemic is a widespread illness that impacts people within a population or a region. The outbreak becomes a pandemic once it impacts entire countries and continents. Pandemics vary by origin, mortality rate, and rate of contagion. Many are zoonotic, meaning they must pass through an animal host and mutate before they can infect humans. Viruses cause some pandemics, while bacteria cause others.

Comparisons between COVID-19 and the bubonic plague are inevitable. Although exact counts are impossible, historians estimate that the 14th-century plague killed 30-50% of the population of Europe. As with the coronavirus pandemic, governments used quarantine to try to stop the spread of the disease. Unlike COVID-19, which stems from a virus, the bubonic plague is the result of bacteria. Antibiotics can cure the bubonic plague, but such medicine was not available to medieval Europeans.

Historians and researchers continue to uncover the far-reaching impact of the Black Death on culture, politics, art, health, and civil society.

More recent pandemics, however, are just as vital for study. A number of pandemics have left their mark on the 20th century and the first part of the 21st century, causing widespread illness, as well as governmental and social change. Understanding these past pandemics will help us better understand COVID-19.

Wrongly called “the Spanish Flu,” the 1918 flu strain was one of the most deadly pandemics in modern history. It did not originate in Spain but rather in a U.S. army camp. During WWI, it spread throughout the world via U.S. troop transports.

Lessons learned from the 1918 flu and advances in science prevented another global health disaster. The H2N2 pandemic of 1957-58 originated in Hong Kong. News reports alerted U.S. scientists and public health officials to the flu, but by the time it reached the U.S., they had identified the strain and developed a vaccine.

The 1968 flu originated in China. It was especially deadly to the elderly and ultimately killed 1 million people worldwide (about 100,000 in the U.S.). That flu strain is still in existence, and scientists consider it to be highly contagious.

AIDS remains a public health crisis. The Centers for Disease Control and Prevention (CDC) first identified it in the U.S. in 1981, but the disease likely developed in the 1960s. Scientists theorize that human immunodeficiency virus (HIV), the virus that causes AIDS, originated in a primate such as a chimpanzee. According to the World Health Organization, some 36 million people worldwide have died of AIDS since 1981.

Scientists theorize that SARS, or severe acute respiratory syndrome, originated from bats. Like COVID-19, it was a fast-spreading coronavirus, moving through Asia, the Americas, and Europe over a few months before being contained. It sickened more than 8,000 people, killing 774. Governments eventually contained SARS through strict quarantine, which stopped transmission and eradicated the disease.

The 2014 Ebola outbreak in Africa was the most severe in the history of the highly infectious disease. It sickened more than 28,000 people and killed 11,310. Doctors diagnosed a few Ebola cases in the U.S. as a result of travel from the affected regions. Much like COVID-19, the Ebola pandemic spurred research into treatment for the disease, and the Food and Drug Administration approved an Ebola vaccine in 2019.

Reactions to Pandemics Past

Many of the reactions to past pandemics will seem familiar to us today. During past pandemics, health officials had to figure out the best way to prevent transmission and protect people, but people were not always agreeable to these solutions.

How did people react during the coronavirus vs. past pandemics?

Living in a Post-Pandemic Environment

The question remains: Once we have finally contained COVID-19, will we just go back to the way things were? Not likely. That didn’t happen after other pandemics, and we’ve already seen the profound ways that society has changed.

From Black Death to Renaissance

The devastation of the flu pandemic led to the creation of public health entities in the U.S. Now, the CDC, the National Institutes of Health, and local and state health agencies help prevent disease by promoting vaccines, such as yearly flu vaccines and pneumonia and shingles vaccines, as well as healthcare best practices.

The Impact of AIDS

Prejudice against homosexuality was a roadblock to finding treatments and cures for AIDS. Historians estimate that the disease killed 1 in 15 gay men by the height of the disease in 1995. Activists demanded research into the disease that caused AIDS and pushed governments and companies to identify treatments. This activism led to drugs that help people with AIDS live full lives, even if no cure exists. As an additional impact, AIDS research resulted in the rapid development of COVID-19 vaccines.

While it’s too early to tell exactly what its legacy will be, the COVID-19 pandemic has already driven some changes.

Office workers who have been working from home for more than a year are reluctant to return to their commutes and offices. Its impact on the commercial real estate industry remains to be seen, but companies are likely going to have to review their building and facilities costs and may downsize if applicable.

Will expensive cities continue to be attractive if employees can work from anywhere? Some workers have already moved to other parts of the country during the pandemic. Rent in New York City dropped drastically in 2020 and 2021 as people migrated out. Housing prices, on the other hand, rose in many markets as people upgraded to more livable quarters because they were spending more time at home.

The pandemic caused high unemployment, especially in the restaurant, travel, and entertainment industries. It also caused housing insecurity among renters, although government policies prevented evictions. Now, despite the high demand for workers, many still have concerns around safety and wages. This could lead to greater support for a much higher minimum wage, especially in food service, which could have an economic impact in years to come.

Schools had to adjust to remote learning on the fly. As the pandemic ebbed and political pressure to open schools increased, schools pivoted to a blend of remote and in-person learning. Some may continue to offer remote learning, especially when snow days or other weather events would normally close schools. However, the pandemic highlighted the need to close the technology gap in districts where some students lack reliable Wi-Fi or computers. This will impact school budgets and funding going forward.

Looking at the coronavirus vs. past pandemics reveals just as many similarities as differences.

While the coronavirus pandemic may seem like it is here to stay, all pandemics do eventually end. Understanding how societies have changed and recovered from earlier pandemics can help us navigate the future. We can learn from the Black Death, which changed the course of history. We can learn from the waves of flu epidemics, which led to annual flu vaccines. We can also learn from AIDS and the persistence of activists in demanding research and treatment.

Historians are uniquely positioned to understand these lessons and help others learn from them too. Maryville University’s online Bachelor of Arts in History is an excellent first step toward a career in the study of the past. By completing courses in subjects including world history, the history of Western medicine, and modern LGBTQ+ history in the U.S., you’ll establish a foundation to help build a better-informed future.

A Guide to Archives and How to Use Them for Research

Career Paths for Graduates with a History Degree

Careers in Public History: Sharing Lessons from the Past

American Scientist, “The Bright Side of the Black Death”

Centers for Disease Control and Prevention, Past Pandemics

CNBC, “Medical Historian Compares the Coronavirus to the 1918 Flu Pandemic: Both Were Highly Political”

EdTech Magazine, “Is Virtual Learning Here to Stay for K–12?”

History, “How the 1957 Flu Pandemic Was Stopped Early in Its Path”

History, “Why the Second Wave of the 1918 Flu Pandemic Was So Deadly”

News Medical Life Sciences, “How Does the COVID-19 Pandemic Compare to Other Pandemics?”