Imagine spending a year or more of your childhood almost entirely at home: no time in a classroom, no chance to join friends on the playground, and very few opportunities to enjoy favorite pastimes and experience new places, people, and activities.

The worldwide lockdowns that helped limit the spread of the coronavirus created a kind of twilight zone for children that put much of their environment off-limits and kept them separated from everyone but their immediate families. However, not all was lost. What vestiges of their pre-COVID life children were able to maintain were made possible by a range of technologies that kept them learning, interacting with friends, and entertained.

The growing presence of technology in children’s lives, from their first year through their teens, is a double-edged sword. While technologies are neutral, how they are applied and how children are exposed to them can be either positive or negative.

The impact of children and technology becomes increasingly difficult to gauge as the pace of technological innovation speeds up. This guide presents a snapshot of the many roles that technology products and services play in the lives of children. It balances the pluses and minuses of the effects of technology use by children on their development, social interactions, and prospects for the future.

Evolution of Children’s Use of Technology

From the earliest electric model trains in the early 20th century through the first home video game systems and remote-controlled toys, children’s introduction to technology has been through their toys. What were marvels of technology three, two, or even one generation ago seem almost quaint by today’s standards. However, the progress from Pong to Oculus virtual reality games occurred in a relatively brief period of time.

Early Examples of Children and Technology

Children have been interacting with digital technology since the earliest days of the PC revolution. One of the first electronic educational toys was Texas Instruments’ Speak & Spell, which was released in the late 1970s. This relatively simple device was a precursor to the first PCs designed for children in the 1980s. It also presaged the growth of computer-assisted instruction hardware and software in the pre-World Wide Web era.

Evolution of Technology Designed to Educate and Entertain Children

The arrival of the World Wide Web in the mid-1990s changed that nature of tech toys and education hardware and software. Smart Toy Lab, an Intel and Mattel joint venture launched in 1998, developed the first web-connected interactive toys, or “smart toys.” Among the first toys the lab developed were the QX3 Microscope, which featured a built-in video camera that sent images to a PC via a USB link, and the Me2Cam, which let children play interactive games using gestures to move “objects” on the screen.

Some early internet-connected toys and educational devices were criticized for violating children’s privacy by collecting personal information without parental consent. For example, Hello Barbie was released in 2015 and featured a built-in microphone and voice recognition software, as well as a Wi-Fi connection. The doll’s call-and-response function was a precursor to Amazon’s Alexa/Echo and Apple’s Siri voice assistants. However, hackers soon figured out how to break into the toy’s system and access users’ private information.

Today many children — from toddlers to teenagers — regularly use tablets, smartphones, and virtual environments for entertainment and educational purposes. Pandemic-related restrictions have increased children’s reliance on these and other technologies to connect with the outside world. With increased use of these products comes heightened prospects of damage and abuse: 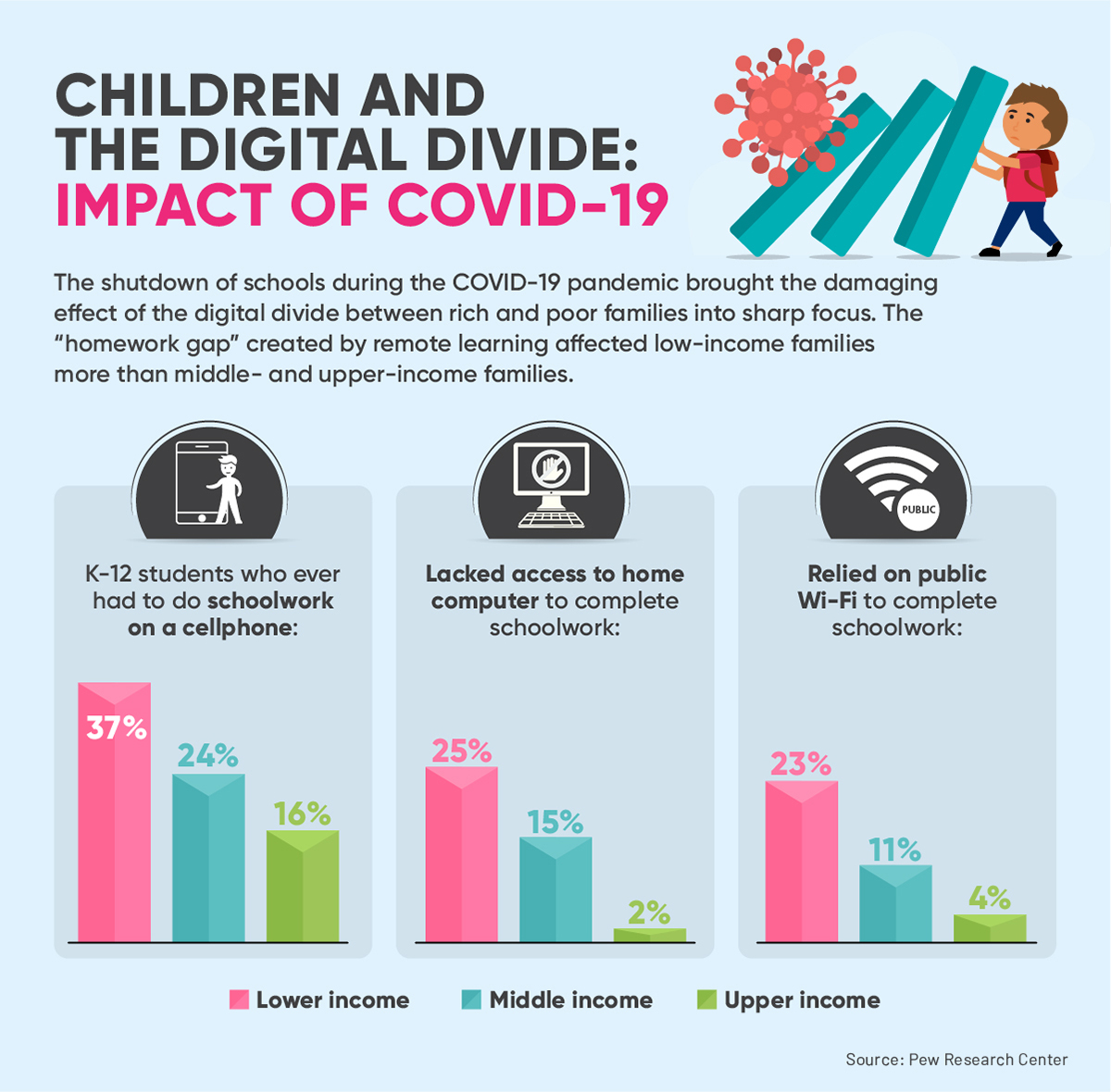 Positive and Negative Effects of Technology on Children

Children can benefit from technology by gaining new learning opportunities; it’s especially important for children who are physically or developmentally challenged. However, technology use has also been found to contribute to poor self-esteem and isolation in some children. As digital technologies become more ubiquitous, parents struggle to find the optimum amount of technology for their children’s lives.

Positive Effects of Technology on Children

All the “rules” about children’s access to computers and the internet were rewritten by the COVID-19 pandemic, according to parenting expert Anya Kamenetz. Technology provides children with easy access to information and boosts their creativity. Tech hardware and software helps children develop social skills and introduces them to various arts and sciences.

These are among the less obvious positive effects of technology on children:

Many parents hesitate to allow their preschool-age children to use technology products and services due to concerns about how it’ll impact their well-being and development. However, the children are surrounded by technology, much of which offers them significant benefits, as BSD Education explains:

Negative Effects of Technology on Children

Children are especially susceptible to technology overuse. The American Psychological Association (APA) recommends limiting the use of technology to one hour per day of high-quality programming for children ages 2 to 5. For children ages 6 and up, it’s most important to set consistent limits on various types of media, such as gaming devices and smartphones.

APA suggests that parents focus on the content on children’s screens and how the children are interacting with it. A survey of research on the possible negative effects of technology on children establishes a connection between the level of a child’s use of technology and various developmental and behavior problems.

These are among the negative effects of technology on children:

Resources on Ways Children Are Affected by Technology

When it comes to children’s access to technology, the digital divide between rich and poor persists. The increased reliance of children on technology for remote schooling during the COVID-19 pandemic adds a new and dangerous dimension to the problem, which some analysts refer to as the “homework gap.”

Common Sense Media estimates that closing the digital divide for K-12 public school students will cost between $6 billion and $11 billion in the first year, and between $4 billion and $8 billion annually in subsequent years. An additional $1 billion will be required to upgrade the remote access technologies that teachers use. 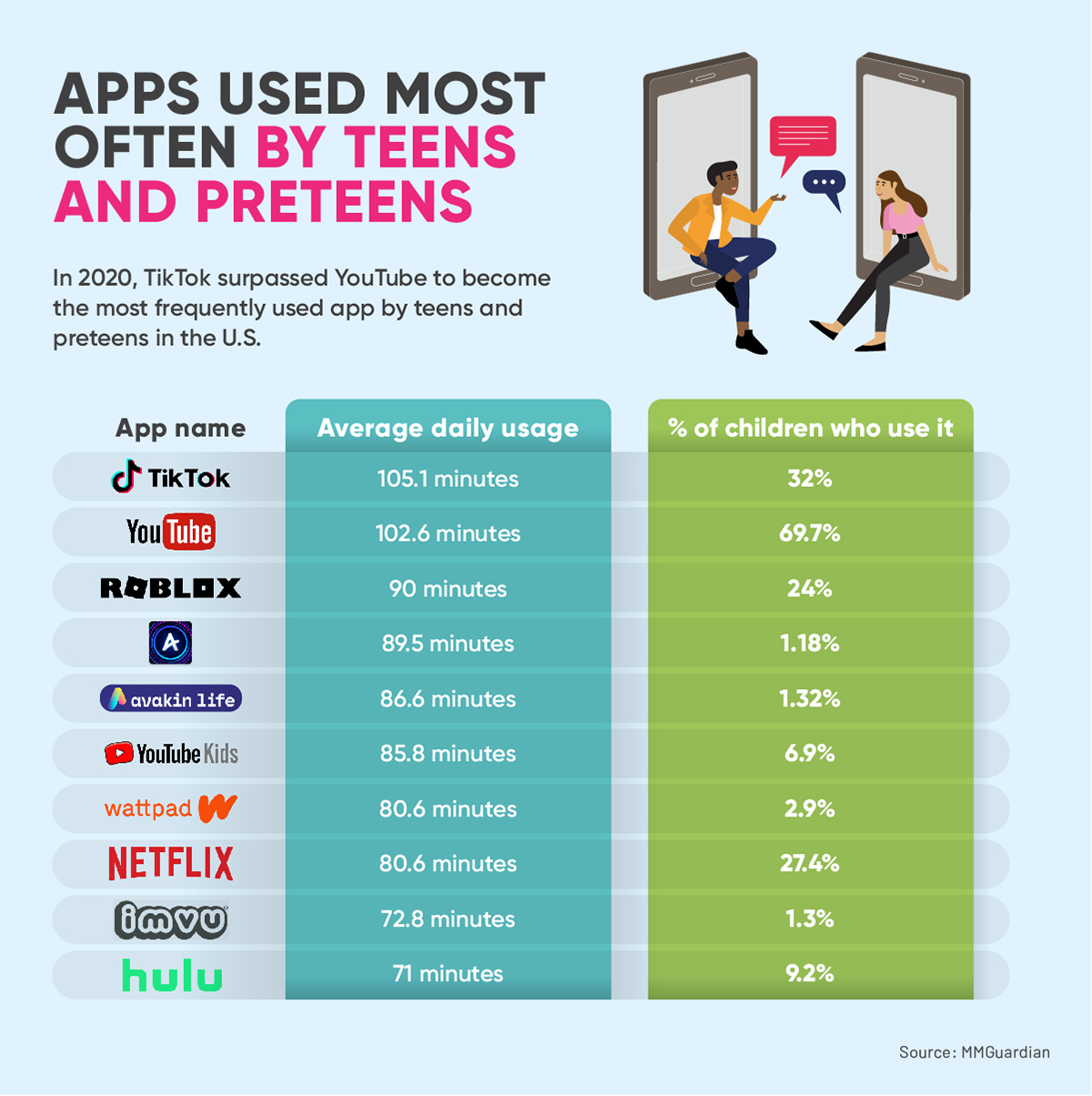 The most common activity for children online is accessing software, audio, and video content (44% of children had done so between March 2020 and April 2021). The next most popular activities are using internet-based communications (22%); playing video games (14%); accessing online stores, banks, or payment systems (13%); and reading news media (4%).

A study by the National Institute for Early Education Research (NIEER) on the impact of the COVID-19 pandemic on children’s learning and development determined that children lost learning opportunities at home and in preschool programs. This resulted in “unusually high” rates of socio-emotional and mental health problems in children as reported by their parents.

Some research into the connection between children’s screen time and their psychological well-being has been brought into question because of discrepancies between actual and reported use of digital media by children. A recent meta-analysis of research on the impact of screen time on children found either no significant impact or only a moderate impact. More indicative of potential psychological or developmental problems in children than overall screen time is the type of content that children view and interact with.

Finding the Right Amount of Time Online for Children

Determining the optimal amount of screen time for children has become challenging for parents because of the potential problems arising related to children’s vision, posture, and other physical development concerns. While the standard recommendation of experts remains that children under the age of 8 spend less than two hours per day in front of a screen, many factors must be considered when setting a limit for children:

After pressure from government regulators, Facebook shelved its plans to develop a version of Instagram called Instagram Kids that targeted children under the age of 13, as The New York Times reports. In 2019, YouTube paid $170 million to settle claims that it targeted children under the age of 13 in its advertising and collected personal information about them.

These are just two of the many examples of giant tech companies targeting children to meet their need for continuous growth. In the absence of federal privacy laws, companies such as Google (which owns YouTube), Facebook (now known as Meta), Amazon, and TikTok are left to self-regulate their privacy and other policies.

Parents, educators, and regulators are also concerned about the safety of educational technology platforms that use machine learning and other artificial intelligence technologies to harvest massive amounts of data about children. Many fear that ubiquitous surveillance will lead to behavioral control and potentially a total loss of privacy for children. They’re calling for more accountability from such platforms, as well as legislation that guarantees children’s “right to future tense.” 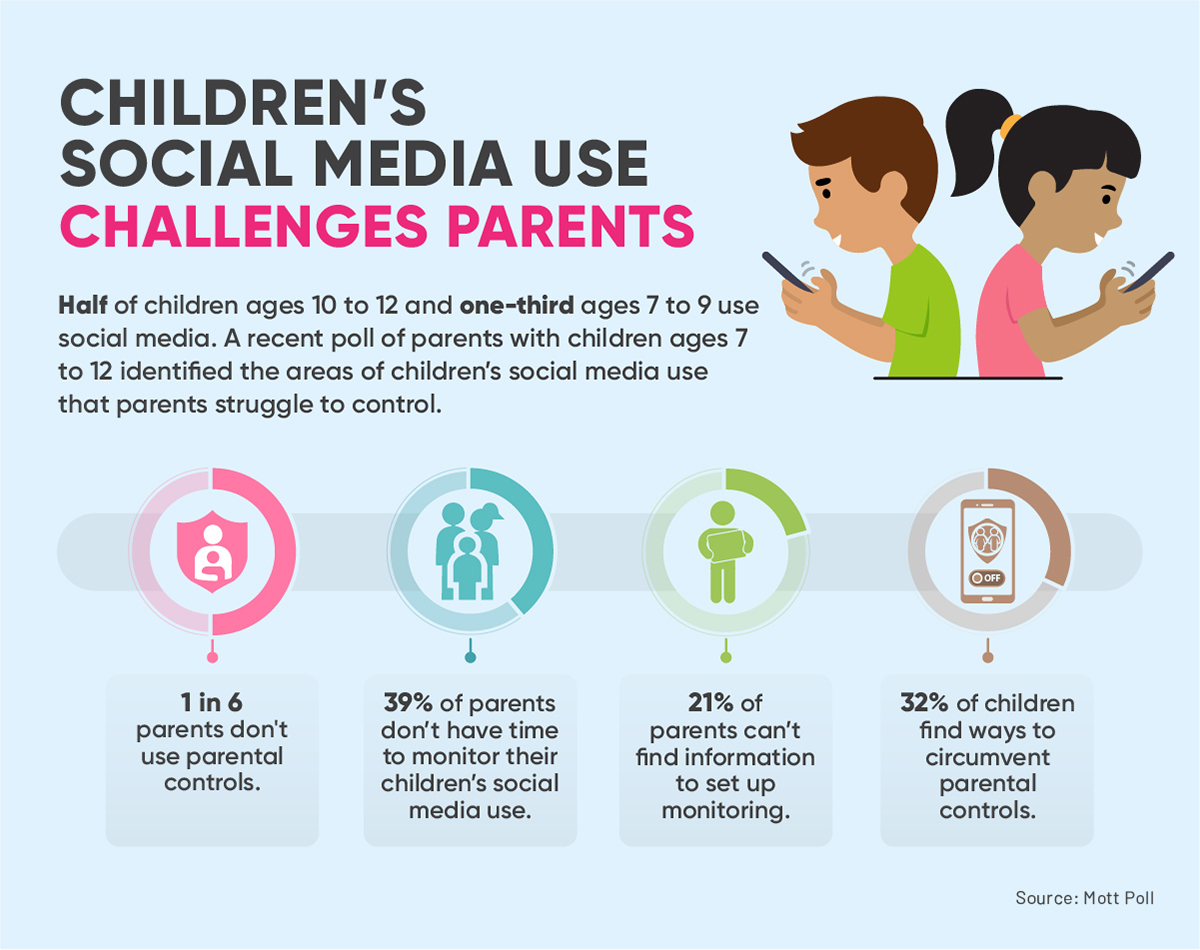 Technology and Social Interaction in Children

The lockdowns deprived young children of opportunities to develop social skills by interacting with other children. As a result, educators report that some children returning to school are struggling with classroom routine. However, the pandemic has disrupted the lives of many families of students and teachers.

Research presented at a recent conference of the Society of Neuroscience indicates that isolation in adolescents can change the development of the brain systems related to fear, risk and reward, and social recognition. This may make it more difficult for them to distinguish friendly behavior from threatening behavior in their peers, for example.

A good way to break feelings of social isolation that developed as a result of the pandemic is to increase the amount of school time devoted to physical activities.

Researchers are studying how the way young children play with technology compares with the way they play with real-world toys. They’ve found that all the types of play in the nondigital environment are present in the digital realm as well.

Most research on children and technology relates to children ages 9 to 16, but interactions with technology may have a greater impact on the development of children ages 3 to 8. Digital education for young children increasingly takes the form of applications running on tablets and smartphones, language development applications, and physical coordination from manipulating game controls and videos that teach dancing and other activities.

Since the advent of Apple’s iPad in 2010, computer use by young children has skyrocketed, especially as teaching philosophies focus on play activities over traditional classes and formal teaching. Some schools now test each child’s digital skills and teach children digital competence, such as knowing when and why digital tools are used.

One approach to understanding the complexity of technology’s impact on children is the domestication theory that compares the introduction of digital tools into society to the process of taming a wild animal. The four phases of the domestication process render the tools nonthreatening and also make them useful, important, and meaningful.

Technological advances happen so quickly that parents and educators don’t have much opportunity to consider how children’s growth and well-being may be improved or impaired by the types of technologies they interact with and the ways in which those interactions occur. However, technology continues to play a more important part of the lives of most children when they’re in school, at home, and at play. The judicious application of technology will enhance a child’s education and other aspects of life.

Associated Press, “TikTok Is Now the Most-Used App by Teens and Pre-teens in the U.S.”

Pew Research Center, “The Internet and the Pandemic”