Accounting jobs are on the rise throughout the country. According to the U.S. Bureau of Labor Statistics, the number of accounting and auditing jobs will increase by 11 percent between 2014 and 2024. Certain areas of the U.S. have better opportunities for accountants to make more money and/or enjoy a lower cost of living. 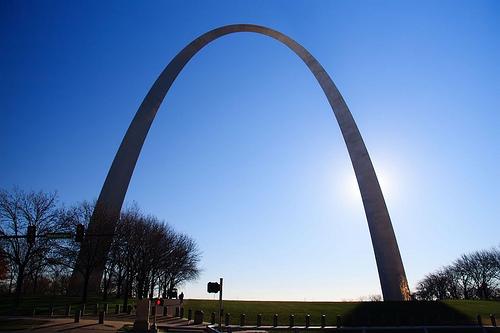 According to recent findings, these 10 cities are the best places to live for accounting professionals.

Detroit is well known throughout the country for its heavy production of automobiles. Although it’s a large city, the cost of living in Detroit is fairly reasonable. It ranks at nearly 79 on the national cost of living index. There are 6,811 accounting jobs posted per 1 million available positions in Detroit. The average salary, adjusted for cost of living, is $47,637.

The Bay Area is more expensive in terms of cost of living, but proximity to the Silicon Valley puts it on the top 10 places to live for accountants. Tech companies, startups, and other major players across various industries seek skilled and entry-level accountants to handle a variety of tasks relating to crunching the numbers and tracking expenses. The average salary in San Francisco for an accountant is $47,780, after the cost of living adjustment. The number of accounting jobs per 1 million jobs listed is 12,796.

Boston is an area rich with history and culture, making it an appealing place for many people to live. With plenty to see and do, including art galleries, museums, nightlife, and restaurants, it offers excitement for professionals of all ages and in all types of situations, from single to married with kids. Accounting jobs are plentiful in Boston as well, with 11,695 positions available for every 1 million jobs posted. The average salary, adjusted for cost of living, is $47,938 for an accountant with a bachelor’s degree.

Baltimore is another big city on the list, with a population of nearly 2.8 million throughout the metro area. Its long history as a seaport makes it a well-known area within the U.S. For accounting professionals, the average salary with the cost of living adjustment is $47,983. For every 1 million jobs posted, about 6,325 of those are available in the accounting industry. Baltimore is also home to unique and fascinating attractions, such as the National Aquarium, which houses thousands of marine creatures, along with the USS Constellation, a warship from the Civil War era.

This northwestern city is another leading spot for accountants. The average salary for an accounting professional, adjusted for cost of living, is $49,916. For every 1 million job postings, 8,479 are in the accounting field.

With so many things to see and do, residents love Seattle. In fact, the city ranked No. 6 on the Best Places to Live list from U.S. News & World Report. People say the overall atmosphere is calm and patient, which sets it apart from big, bustling cities. Parks, tree-lined streets, and local coffee shops all make Seattle an appealing place to live, and accountants can find a number of available positions.

For accountants that want to live in the Midwest, St. Louis is a great option. Accounting jobs in this city are plentiful, with 9,571 job listings in the industry for every 1 million jobs posted. The average salary, adjusted for cost of living, is $50,849. The metro area includes 2.8 million people, but there are plenty of suburban areas and quieter neighborhoods for those raising families. The central location and low cost of living appeal to many job seekers. With a high number of opportunities, St. Louis is a strong city for accountants.

San Jose is known as the capital of Silicon Valley, and accounting opportunities are popping up constantly. This area has a bit of everything, from high-rise buildings in the business district to a thriving downtown area to family-friendly suburban neighborhoods to massive tech campuses. It still has some of its old quirky charm, like a 120-acre flea market and a world record-holding enormous Monopoly board within the city. Accounting jobs make up 7,601 of every 1 million positions posted. The average salary after a cost of living adjustment is $51,092.

Life in the South tends to move slowly and appeal more to families. There are plenty of opportunities in Charlotte, North Carolina, for accounting professionals. For every 1 million jobs, about 8,316 of those are within the accounting industry. The cost of living in Charlotte is lower than other parts of the country, making it more affordable for those who seek a comfortable lifestyle. The average salary for an accountant is $52,214 after the adjustment for cost of living.

Charlotte earned the No. 14 spot on the U.S. News & World Report list of Best Places to Live. Residents and visitors say it combines Southern charm with the hustle and bustle of a big city. With a rising metro area and upscale restaurants geared toward foodies, Charlotte is certainly an exciting option for accounting professionals.

The top city for accountants is Atlanta, based on available jobs and a high average salary. The cost of living is reasonable in Atlanta, but residents don’t have to sacrifice the big-city feel. Plenty of shopping areas, restaurants, and nightlife appeal to all types of people, while the suburban outskirts offer quieter atmospheres for families and those who want to live at a slower pace.

Atlanta is one of the fastest-growing metro areas in the nation. For every 1 million available jobs, 11,775 of those relate to the accounting industry. The average salary with cost of living adjustment is $52,312.

If you are interested in pursuing this line of work and moving to one of the above cities, an online bachelor’s degree in accounting is an important first step. Learn more about how a degree from Maryville University online can help you achieve your goals.

Forbes – The Best Cities For Accountants in 2017