Criminal justice is the system of law enforcement comprising police (including sheriff’s departments, state police, and federal agencies such as the FBI), the courts (lawyers and judges), and corrections (prisons, juvenile justice centers, and parole officers). This interconnected web of activities operates at the local, state, and federal levels and gets to work immediately following a crime.

The first career in criminal justice that comes to mind may be police officer or prison guard. However, the field spans a multitude of roles that go far beyond the realm of local law enforcement or prison corrections. Within these careers, individuals have many opportunities for advancement. 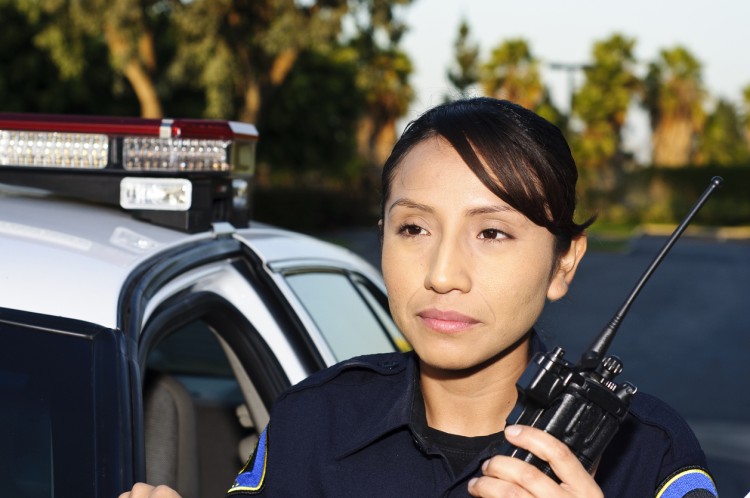 What Can You Do with a Criminal Justice Degree?

A criminal justice degree can be a steppingstone not only to a traditional career in policing but also to roles in STEM, law, or corrections, among other domains. This type of education will provide an excellent foundation in core concepts such as criminal law, police and correctional practices, and social sciences. It will also lay the groundwork for criminal justice job growth, as a bachelor’s degree may be a requirement for promotion in some fields. However, advancement may also depend on further study, higher degrees, and professional credentials.

The following roles are typical of criminal justice career paths and job growth:

About 30% of police officers have a college degree, according to a study by the Police Foundation. That percentage increases among the higher ranks, as some law enforcement agencies require officers to have a bachelor’s degree to qualify for a promotion. Local and state jurisdictions are beginning to entertain calls for also requiring incoming police officers to have a bachelor’s degree, specifically with coursework in sociology and related areas.

Private security firms that secure and protect government institutions, corporate buildings, and schools face challenges ranging from vandalism to violent and deadly attacks, according to Security Magazine. Leaders in security firms recognize that a combination of training and education in critical thinking produces better outcomes and leads to job growth in the industry. Earning a criminal justice degree may be a good first step toward a leadership position in private security.

Forensic scientists analyze crime scene evidence to help investigators solve crimes. People who are drawn to forensics take science and math courses, as well as criminal justice ones, to prepare for this profession.

Government agencies such as the Federal Bureau of Investigation (FBI), the Bureau of Alcohol, Tobacco, Firearms and Explosives (ATF), the Drug Enforcement Administration (DEA), and Customs and Border Protection (CPB) provide criminal justice job growth opportunities. A criminal justice degree can put ambitious graduates on a career path that requires dedication and the highest level of performance. The following are some opportunities with a federal agency:

A bachelor’s degree in criminal justice provides a broad background in law, policing, corrections, and human behavior — and it’s a first step in lifelong learning. Criminal justice job growth and increased compensation are dependent on continuing professional education. A bachelor’s degree may be a requirement for promotion in some fields, such as police work, and many jobs require additional training and certifications.

What are some of the career growth opportunities in criminal justice? In policing, most academy graduates start as police officers and then move up the ranks to corporal, sergeant, lieutenant, and higher (roles vary by agency), with increasing leadership responsibilities. Corrections officers can rise to similar titles, such as sergeant and lieutenant, and depending on degree and experience, they may also be eligible to take on an assistant warden or warden role.

Midlevel and leadership roles often require a civil service exam and having a criminal justice degree can be excellent preparation for these career hurdles.

Other interests and skills, combined with a criminal justice degree, can lead to job growth as well. An interest in technology and cybersecurity can open up job opportunities in private security, for example.

An advanced degree in criminal justice opens up more paths to career advancement, as well as higher wages. A master’s in criminal justice can make a candidate more competitive when seeking a promotion and a leadership role. At the federal law enforcement level, a master’s degree may be strongly encouraged, especially a degree such as criminal justice that includes coursework in the social sciences.

Many people choose a criminal justice profession because they’re passionate about some aspect of the field — investigations, crime prevention, law, or psychology, for example. Following these passions can lead to criminal justice job growth and a rewarding career.

Criminal justice compensation varies widely by profession, depending on the size of the agency or organization, and the job outlook is generally promising.

Education can pay off for those in the criminal justice profession in terms of greater opportunity and higher earning potential. For example, compared with police officers with only a high school diploma or GED, police officers with a bachelor’s degree earn $300 more per month from the Dallas Police Department; with master’s degrees, the difference is even greater. For those criminal justice careers that require a doctoral or professional degree, compensation is much higher. For example, the 2019 median annual salary for judges was $120,090.

Many Paths to Success

Now that you know more about criminal justice, where do you want to take your career? There are many paths to success and opportunities for job growth in criminal justice. Whether you are drawn to policing, investigation, law, or corrections — or want to take on a challenging role with a federal agency — the solid foundation provided by a criminal justice degree is the first step to discovering your place in this dynamic career field.

Want to know more? Discover how Maryville University’s online Bachelor of Science in Criminal Justice program can help you achieve your goals.

Resources and Tips for a Career in Criminal Justice

The Hill, “College for Cops? Studies Show It Helps Their Behavior, Stress Levels”

Police Foundation, “How Educated Should Police Be?”

Police Foundation, “Policing Around the Nation: Education, Philosophy, and Practice”

Security Magazine, “The New Age of Safety and Security”

U.S. News & World Report, “How to Become an FBI Agent and Why”

U.S. News & World Report, “What Can You Do with a Master’s Degree in Criminal Justice?”