The Importance of Data Science Careers 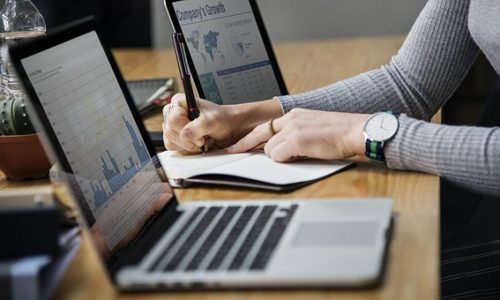 We live in a world driven by data. Incredible amounts of information drive everything from our phones to our healthcare. Data impacts the lives of everyone, from a single mother working at home to massive corporations that use data analytics in their business.

This explosion in the amount of data generated and how closely it has become linked with every aspect of our lives has created a need for skilled individuals in a variety of niches. That includes security experts, who can ensure that our data is safe; ethicists and legal experts, who can help us to draw lines around our private data and decide the limits of government access; and data analysts in business, who can help companies identify economic trends and steer clear of disaster.

At a time when fears about automation are trickling down to a wide range of careers, data science seems to be one field that is future-proof. Data science may be one of the most in-demand careers in the future, as more and more physical tasks are performed by robots and the demand for experts in data science continues to rise.

What Is Data Science?

Science involves the rigorous study of a subject. In the case of data science, that subject is data itself, as well as the ways in which it is organized, the properties it bears, and the patterns that emerge from large sets of data.

In recent years, data science has begun to grow into a field of its own — rather than being subsumed under “computer science” — due to the rise of big data and the explosion in the amount of data we use in our lives.

Although data scientists are joined by their study of data, they can come from a wide variety of backgrounds and disciplines, each with its own contribution to the ways that data exists in the world and affects our lives. Computer programmers can write the programs that are necessary to process, utilize, and analyze massive quantities of data, and mathematicians are needed to create algorithms capable of discerning patterns amidst an almost incomprehensible ocean of data. Meanwhile, business analysts are able to apply the techniques of data science to provide actionable information to businesses out of large quantities of data.

This multidisciplinary approach means that, for anyone considering a career in data science, a bachelor’s degree in data science can pave the way to a strong career path either on its own or in conjunction with another field/major. Individuals with interests tangential to data science are encouraged to bring their own unique perspectives to this developing field.

One branch of data science is data analytics. While data science tends to deal with more abstract questions about data, developing general applications for data, and pursuing new subfields of study, data analytics is specifically focused on producing actionable insights from specific sets of data.

Data analysts are people with degrees in data analytics who often work for individual businesses or consulting firms. They can use specific data sets collected by a company — such as data about the company’s customers, potential advertising base, or competitors — to give actionable advice to that business.

So, while data scientists are interested in big questions about data, data analysts are more focused in scope. They deal with using data to solve specific problems in the real world, such as how much money a business should invest in research, whether or not a particular group of people is likely to respond to a given advertising strategy, or how a company can keep up with its competitors.

Why Data Science Is Disrupting Everything

Data science is an exciting new field with a lot of room to grow. In the past few years, data science has made its debut in a big way, creating a lot of exciting opportunities, but also many concerns about how our data is being treated and who has access to it.

Breakthroughs in data science have allowed companies to gain incredible levels of insight into data sets which, in previous decades, would’ve been inscrutable due to their sheer volume. However, the collection of these large quantities of data has raised questions about privacy. The social media network Facebook has recently come under fire for sharing user data. Users and privacy advocates have charged the company with sharing user data with third parties without giving users sufficient means to opt-out.

Tomorrow’s data scientists will have to deal with these questions, finding ways to balance ethical concerns about data sharing alongside the benefits of data science. The right way forward will respect the privacy of consumers while still finding ways of gleaning insights from large data sets.

What Is a Data Scientist?

Data scientists are typically mathematically minded individuals. They’re good at finding patterns and enjoy working with computers. In a way, today’s data scientist is like a mash-up of a mathematician, computer programmer, and puzzle enthusiast. Skills in all three of these domains are necessary to analyze large data sets and discover the patterns within them.

Since data science is such a varied field, data scientists have lots of options for job placement. They may be able to get a job working for a company as a data analyst, providing practical and actionable insights. Alternatively, they can work in research, delving into more abstract problems related to data. There’s also room for data scientists to work in diverse fields of scientific study, helping other scientists to analyze the data they’ve collected for their own experiments. Academia also needs teachers to guide and instruct the next generation of data scientists and data analysts. The opportunities for employment are as diverse as the individual reasons for getting into data science.

This is an exciting time to enter the field of data science, which is expected to grow by 19% between 2016 and 2026. That’s a much faster growth rate than the 7% average for all jobs.

Data scientists are also often free to choose where they work. The diversity of interests in the field means that someone with a degree in data science likely has the choice to work anywhere they like, from a massive tech company like Google or Facebook to running their own small consulting firm.

Finally, data scientists love their work. According to Glassdoor, “data scientist” was the best job in America in 2016, 2017, 2018, and 2019. With a great outlook, enjoyable work, and lots of freedom, it’s no wonder data science is becoming such a strong field.

These salary amounts are also for people who specifically identify their occupation as a data scientist. This doesn’t necessarily account for all the people with a data science background or who perform data science functions in their jobs, but who work in different domains under different job titles. Some other industries and careers where data scientists are employed and draw high salaries include:

How to Become a Data Scientist

Since data science is such a new field and involves many different disciplines, it’s possible to approach data science from a related field of study, for example, with a degree in computer science, which is closely linked with data science.

Since data science is so multidisciplinary, it’s also beneficial for data scientists to have some educational background in another field — one in which they are interested in pursuing the applications of data science. For example, if you want to use data science to discern trends in patient care and satisfaction, you might want to pursue a minor or second degree in a healthcare field. Data science is a wide-open field, allowing for a lot of creativity when it comes to mixing and matching it with other domains.

Get a Data Science Degree

Women in STEM: Scholarships and Grants for Female Students