Top Careers in Demand for the Future 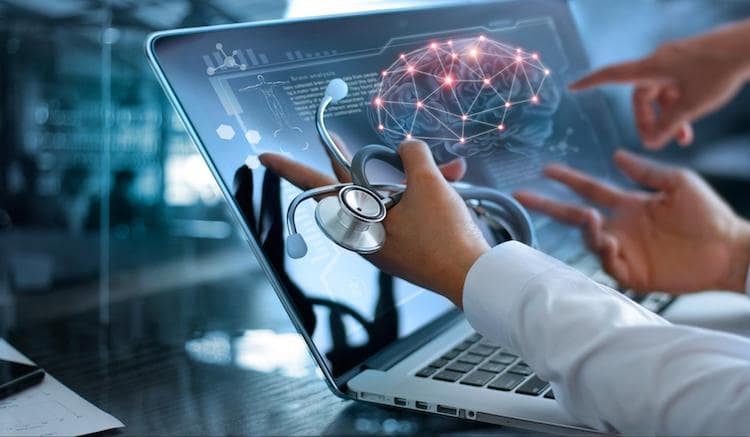 You may not have a crystal ball, but data analysts are compiling information and assessing the job market to make predictions about careers in demand for the future. Throughout modern history, as technology advances, so do the needs of the job market.

Leading the pack of the best careers for tomorrow’s job seekers are professional roles in healthcare and technology. According to the U.S. Bureau of Labor Statistics (BLS), jobs in healthcare are growing much faster than average (about 18% across a 10-year period), with similar numbers reported in computer science (19%), and media (6%).

As you look to the future job market, it’s worth paying attention to new factors that have shaken things up and will likely continue to do so. For example, the advancement of automation and artificial intelligence (AI) across all industries is eliminating some jobs while making way for others. Additionally, our country’s aging population means an increasing demand for healthcare services. Also consider that the expansion of new technologies into businesses not traditionally associated with information technology (IT) is creating new jobs for tech-savvy professionals.

Three promising industries you may want to consider (taking into account compensation and the chances for expanding job opportunities) are healthcare, data science, and digital media.

Healthcare offers exciting career options. In fact, according to The Atlantic, in 2018, healthcare became America’s No. 1 employer. Enormous growth in medical spending has accompanied the aging of the U.S. population, and in 2018, healthcare surpassed manufacturing and retail as the leading employer in the country. Individuals over 55 will make up one-quarter of the workforce by 2025, a significantly higher number than previous years. As that population retires they will need skilled, compassionate professionals to attend to their care and medical needs. The work of healthcare professionals serving this population will have a central impact on communities throughout the country, now and into the future.

Within the industry, jobs in home healthcare will likely rise by 54% from 2016 to 2026, and jobs in  practitioners’ offices (such as dentists) will climb by 21% across the same timeframe. While jobs in hospitals will only increase by 7%, this still represents a total of 700,000 additional jobs, according to the journal Health Affairs. Due to this massive growth, healthcare offers many exciting future careers for those with skill and passion.

Forbes predicts that among the many positive changes within the field of data science is an increase in defined career paths. As businesses incorporate data science into their general operations and future planning, new job titles and professional roles will evolve. If you’re an up-and-coming data scientist, this translates to more opportunity across a wider variety of fields.

In the past, data scientists were often constrained to specific fields like finance and technology, but in today’s data-driven world, that’s changing. Actually, the current job demand has outpaced the number of new data scientists entering the market. The annual workforce report by LinkedIn indicated that in 2018, one of the few things most cities shared in terms of their job market was a deficit of data scientists. This shortfall has only increased, because of the sheer number of industries looking to leverage technology that relies on the actionable insights provided by data science — from marketing to manufacturing.

According to The Wall Street Journal, the average time Americans spend consuming digital media —largely delivered through computers, smartphones, and tablets — has grown tremendously. This is great news for the people who create digital media, as well as for the companies that use it to target customers. In response to the rise of digital media, venture capitalists and traditional media brands alike have flooded the market with investment dollars. As a result, today’s advertisers focus on digital media marketing.

If you’re considering a future career in digital media, you have plenty of options, from graphic design to content development and social media strategy. Due to new demand for individuals with skills in these arenas, salary rates are usually quite competitive. However, what many workers find most compelling about careers in digital media is the high degree of work-life balance that often comes with the territory. Forbes reports that digital marketing jobs deliver one of the highest rates of job satisfaction in the United States on average. And digital media employers often offer their employees the freedom and flexibility to work remotely, an increasingly popular option with today’s job seekers.

Preparing for Careers in Demand for the Future

How do you prepare for the many opportunities offered by the most promising future careers? It all comes down to gaining the right skills, education, and training to thrive. Research organizations like the McKinsey Global Institute report that “upskilling,” or the pursuit of ongoing training, will be essential as technology continues to progress. Creating a foundation for lifelong learning is key, whether you are just beginning to consider higher education or returning to school to expand, adapt, and improve your skills.

Maryville University’s online programs are specifically designed to prepare students for the dynamic jobs of the future. Find out more about the university’s degrees and where they can take you in healthcare, data science, digital media, and beyond.

Forbes, “How Will Data Science Evolve Over the Next Decade?”

LinkedIn, “Why It’s Really Good to be a Data Scientist Right Now”

Phoenix Business Journal, “Skills Employees Will Need in the Future”