Drive the Future of Business through Modern Communication Strategies.

As the digital landscape becomes increasingly complex, employers are struggling to keep up with emerging media and communication trends. Industry growth and evolution mean businesses will need bold new leaders in emerging communications to help brave the challenges and opportunities. If you want to give your career a spark and help push your organization toward the future of business, you’ll need to develop the modern skills to keep up with an increasingly digital professional world. We can help.

At Maryville University, we offer a challenging and rewarding concentration in Emerging Media Strategy and Social Media as part of our online Bachelor of Arts in Communication degree. This concentration can equip you with the tools to become a forward-thinking digital leader in fields like marketing, public relations, social media, video and audio production, web development, and other areas of the media landscape.

Apply with no application fee and entrance exams

Why Choose Maryville for Your Online Bachelor of Arts in Communication?

The Emerging Media Strategy and Social Media concentration goes beyond general communication theory and identifies the key digital tools that graduates need to succeed in the modern business world. When you choose this track, you have the opportunity to learn in-demand skills like web design, gain experience in video and audio communication, and get exposure to the latest technology trends shaping the media terrain.

Maryville closes the gap between classroom learning and real-world experience by tackling emerging media trends head-on. In this concentration, you can read about case studies and media research, then develop strategies and campaigns for real businesses. You can graduate with the knowledge and confidence that comes from gaining valuable tools in emerging media studies that are sought after by innovative organizations at the forefront of the industry.

What Does the Emerging Media Strategy Curriculum Cover?

In addition to completing core Bachelor of Arts in Communication courses, students in Maryville’s emerging media concentration will study topics and gain skills that can be directly applied to their careers. Course offerings include subjects such as:

What Careers Can You Pursue with Your Online B.A. in Communication?

Your Bachelor of Arts in Communication can help open doors to challenging and rewarding careers in the media and communications industries. The Emerging Media Strategy and Social Media concentration can help prepare you to pursue positions such as:

The median wage for media and communications professionals was $56,340 in 2017, according to the U.S. Bureau of Labor Statistics (BLS). With the wide range of opportunities, there can be significant salary differences. For example, social media specialist is an important but relatively new role, so it’s difficult to project career growth. However, the demand for social media professionals is undeniable. According to a 2014 survey from eMarketer, more than 86 percent of companies with more than 100 employees used social media to support marketing initiatives. 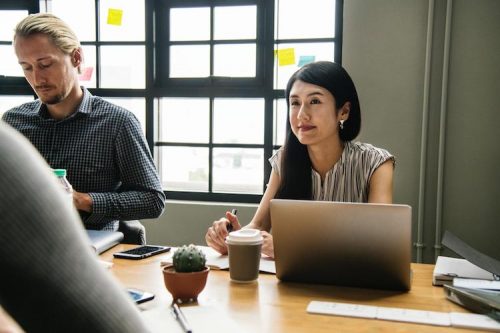 Similarly, digital content producer is a relatively new position where the specific duties and responsibilities can differ by organization. This in-demand role may be responsible for producing many different kinds of content for online distribution, including text, audio, and video. According to a 2018 report from the Center for a Competitive Workforce, there were thousands of new job openings for these positions in the entertainment industry alone.

Here’s a look at the median salaries for common career paths, according to PayScale, as well as the career growth outlook according to the BLS.**

With extensive experience in academia and real-world communications, Maryville University’s faculty are experts at translating their valuable digital and media knowledge into relevant and rewarding lessons. Instructors have experience working on strategic campaigns for globally recognized brands, ensuring that you have the opportunity to learn from leaders in the emerging media and communication field. 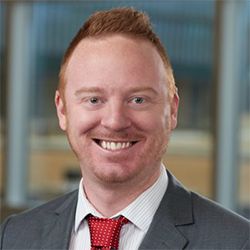 Dustin York, EdD, is an associate professor of the undergraduate communications program. He has extensive PR experience and has worked for such leading companies as Nike and Scottrade Financial Services. He also has political campaign PR experience.

Professor York teaches courses in strategic communication and brings his real-world experience to the classroom. He is passionate about helping students reach success in the communications field.

Read More About Our Faculty

Admission Requirements for Our Online Bachelor’s in Communication

Maryville University welcomes highly motivated students like you who are determined to make an impact in the communications field. SAT or ACT scores are not a requirement, and each student’s background and achievements are carefully evaluated throughout the admission process. Transfer students aren’t required to take any admission exams either. An associate degree from a regionally accredited institution may satisfy general education requirements.

For those ready to succeed, Maryville’s enrollment advisors will guide you along the way. Check out the admission requirements.

Why Earn Your B.A. in Communication Online?

Do you have a full-time job that you can’t give up, or family relationships that require your time and attention throughout the day? We’re here to help. With the option to pursue your education online, Maryville allows you the flexibility to achieve your educational goals on your schedule. With coursework that can be completed on your own time, Maryville’s online bachelor’s in communication is geared for working professionals or individuals who need something that will work with their schedules.

Pick a Starting Time That Works for You

Maryville’s online bachelor’s in communication can be started in the fall, spring, or summer, so you won’t have to rush into classes or wait to begin your education.

Our advisors will help you determine a schedule and timeline so you can complete the degree at a pace that works for you. If you’ve already completed eligible coursework at other colleges or universities, those credits can help you finish the degree sooner.

How Many Credits Are Required for Your Online Bachelor of Arts in Communication?

You’ll need 128 credits to earn your Bachelor of Arts in Communication degree. How fast you are able to complete classes will determine how quickly you finish the program. For this program, students will take a combination of:

You can visit the curriculum page for the Bachelor of Arts in Communication degree to find out more information about specific courses, class descriptions, and credit breakdowns.