Forging strong connections with the public is a fundamental component of business success. After all, if your current or potential clientele view your company, nonprofit, or government entity with distrust or disdain, you’ve already lost the mission to build a consumer or communal relationship. This is why public relations and public affairs matter. Those in public affairs or public relations roles not only lay the groundwork for potential relationships to form but also nurture existing connections so they flourish and become solid partnerships driven by trust and loyalty. 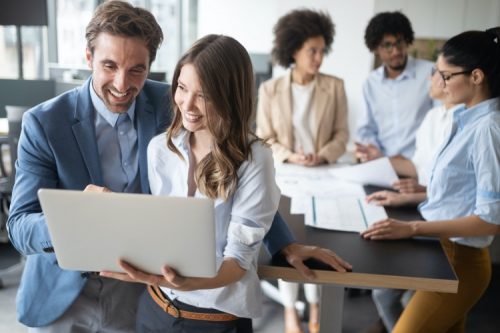 A Look at the Concepts

These alignments tend to dictate the specific jobs that aspiring professionals pursue in public relations or public affairs. For instance, the business nature of public relations leads individuals toward corporate career paths, such as communications assistant, social media strategist, or marketing specialist. Conversely, individuals interested in public affairs may pursue jobs more in tune with government or nonprofit entities, such as lobbyist, government relations monitor, or community affairs manager.

Professionals in public affairs and public relations aim to establish solid public relationships built on a foundation of trust. Without trust, the information shared might be ignored or not wholly considered. For businesses, this can affect their bottom line. For a government agency or nonprofit, it can harm its effectiveness in accomplishing policy goals.

Public Affairs vs. Public Relations: How Are They Similar?

Those in both roles can also use a mix of traditional and digital marketing strategies to help get their intended messages into the public consciousness. Traditional strategies include the use of pre-online media, such as radio or TV commercials or newspaper ads. Digital tactics include the use of online ads or the development of a social media presence on platforms such as Facebook or Instagram.

Regardless of whether people pursue careers in public affairs or public relations, there are certain skills they must have to be successful. These core competencies include advanced research, analytical, and critical-thinking skills. Thanks to the rapid evolution of digital media through new apps and social media choices, the ability to adapt easily to change is also important.

An undergraduate communication program, such as Maryville University’s online Bachelor of Arts in Communication, can be instrumental in enabling students to cultivate these necessary skills. Through courses highlighting the importance of research in building communication strategies and the rise of social media, Maryville’s curriculum is designed to prepare students to apply these skills to effectively flourish in the digital world without forsaking the crucial nature of traditional marketing.

Public Affairs vs. Public Relations: How Are They Different?

The main difference between public affairs and public relations is the type of relationship they aim to build. Public affairs campaigns target aspects of public life in a way that can affect how people act or respond to a concept such as recycling or keeping public spaces clean. Public relations campaigns, on the other hand, focus on establishing or strengthening a link an individual may have with a business and what it offers, such as a purchasable good or service. This differentiation can be made even clearer by examining the common topics associated with the respective campaigns; public affairs tend to focus on public policy, whereas public relations lean toward commercial objectives.

The type of corporate impact caused by successful campaigns also looks different coming from a public affairs position as opposed to one driven by public relations. Businesses may tap into public affairs policy to help influence the adoption of various policies that could have a positive impact on their business. For example, a surfboard manufacturing company might get behind a public affairs campaign to keep beaches clean, which may ultimately encourage more people to surf and purchase its surfboards. That same company, on the other hand, might use public relations to create ad campaigns about its surfboards to directly reach consumers and ultimately achieve its own business objectives.

One Degree for Two Career Paths

While the differences between public affairs and public relations are prominent, both are fundamentally concerned with forging key connections with the public. Learn more about how Maryville University’s online Bachelor of Arts in Communication can help students cultivate these vital skills and pursue rewarding careers in public engagement.

Recommended Readings
Digital Marketing Trends Marketers Need to Know
How Online Influencers Are Shaping Future Sales Practices
What Does the Future of Advertising Look Like?