The cornerstone of modern criminal law is that a person is presumed innocent until proven guilty, whether through their own confession or a criminal proceeding. However, many factors come into play when determining whether a person who commits an illegal act is criminally responsible. 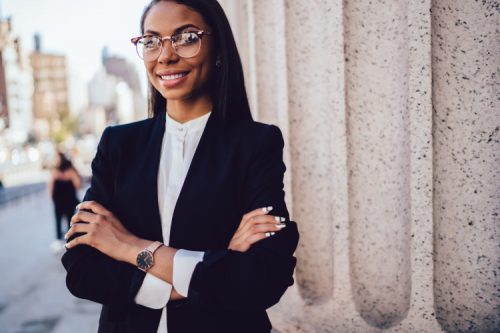 The criteria for determining whether a person bears criminal responsibility for a criminal act include the person’s competence, their defenses, and whether the prosecution is able to prove all the elements of the crime. In certain situations, an action that would otherwise be deemed a crime may be lawful. Among the defenses the accused can raise to avoid criminal responsibility are self-defense, necessity, intoxication, duress, mistake of law or fact, and mental incompetency.

One of the most important responsibilities of the criminal justice system is to protect the rights of the accused, including their right to raise all potential defenses. Programs such as Maryville University’s online Bachelor of Arts in Forensic Psychology degree program prepare criminal justice professionals to participate in legal proceedings, whether on behalf of the defense or the prosecution, to help ensure that all defendants receive a fair trial.

Criminal responsibility definition: What does it mean to be criminally responsible?

Criminal responsibility is defined in the Model Penal Code (MPC) as occurring when a person commits a criminal offense with intention, recklessness, or negligence. The MPC was created by the American Law Institute as a guide for state governments to use when updating and standardizing their criminal statutes.

For any act to be considered a crime, the perpetrator must have had the criminal state of mind, or “mens rea,” when the act was committed. If the person didn’t act with the intent in mind to break the law, or in a way that showed reckless and willful disregard for the safety of others, then their act can’t be labeled criminal. However, even if the person wasn’t aware that their action was against the law, if they intended the action, then the person possessed the mens rea required to be convicted of the crime.

In addition to proving that a person acted intentionally, recklessly, or negligently, several other conditions must be met for the person to be found responsible for a crime:

To establish criminal responsibility for an illegal act, the prosecution must prove that the person either acted with the intention of performing the act, or the person acted recklessly or negligently.

In some instances, the MPC excludes a person from being criminally responsible for an illegal act if they acted recklessly or negligently. For these crimes, intent — whether specific or general — is a required element that prosecutors must prove.

There was no lawful justification for committing the offense

A person may avoid criminal responsibility for an illegal act if they can show that the act was justifiable. Justification is considered a complete defense because it may nullify the entire criminal charge, including interrelated offenses. Justification defenses include self-defense, defense of others, defense of property, and necessity.

There are no other grounds for excusing criminal responsibility

In addition to the defense of justification, a person can be excused from criminal responsibility for an illegal act if they can raise one of the following defenses:

How is the minimum age of criminal responsibility determined?

Rather than establish a minimum age at which children take criminal responsibility for their acts, the federal government identifies juveniles as anyone under the age of 21 at the time criminal proceedings would begin who violated federal criminal law before their 18th birthday. As much as possible, federal agencies and prosecutors direct all juvenile criminal cases to state courts, including violations of federal law.

An important consideration in determining whether children of any age can be charged with a criminal offense is whether they possess the required presence of mind to be declared competent from a legal perspective. If children are unable to appreciate the criminal nature of any illegal acts they commit, they lack the competence required to be found criminally responsible for the acts.

All criminal defendants must have been sufficiently aware of the criminal nature of their illegal actions for the court to determine that they were competent at the time of the offense. Examples of states of mind that may affect competence are gross intoxication and insanity:

Inability to understand and participate in the trial

Competency also relates to a person’s ability to comprehend the charges they face and to assist in their own defense. To be declared competent, defendants must meet several criteria:

Criminal responsibility evaluation: How is a person found to be criminally responsible?

To convict a person of a crime, the government must prove all the elements of the crime beyond a reasonable doubt. This means that the evidence against the defendant is so convincing that no reasonable person would question whether the accused is guilty. This standard of proof can be met only if there is no logical explanation or conclusion other than that the charged party committed the crime.

An important element of most crimes is intent.

Specific-intent crimes include the following:

These are among the general-intent crimes:

These are among the defenses that a person charged with an intentional crime can raise to avoid being found criminally responsible:

Researchers have been studying the connection between dementia and a defendant’s criminal responsibility for illegal acts that may have been influenced by the person’s diminished mental capacity. A study conducted in Sweden determined that 42% of people diagnosed with dementia due to frontotemporal lobar degeneration had exhibited criminal or socially inappropriate behavior. By comparison, only 14.9% of people diagnosed with Alzheimer’s disease had any record of behaving in criminal or socially inappropriate ways.

Dementia affects criminal responsibility for illegal actions because courts require that defendants be competent enough to understand that their actions were criminal. Defendants must also be competent to understand the proceedings, enter a plea, and participate in their own defense, including being able to clearly communicate with their attorney. Many people whose criminal acts were the result of their dementia testify that they understood that what they were doing was wrong.

The damage done by neurodegenerative diseases affects judgment, emotional processing, self-awareness, and disposition to violence. This may result in antisocial and criminal behavior in middle-aged and elderly people with no previous history of such behavior. The courts work with medical professionals, lawyers, and other patient representatives to determine whether a criminal defendant suffering from dementia possesses the necessary competency and mental capacity to face criminal responsibility for their acts.

Understanding the implications of criminal responsibility

The judicial system is dedicated to bringing criminals to justice following all laws and procedures. The prosecutor’s burden is proving beyond a reasonable doubt that a person bears criminal responsibility for their illegal acts. The defense cites reasons why the defendant is not criminally responsible.

This is the heart of the criminal justice system, and of the role of forensic psychologists in criminal proceedings. Preparing for a career as a forensic psychologist is the focus of programs such as Maryville University’s online Bachelor of Arts in Forensic Psychology degree program, which features courses in social psychology, criminal behavior, and criminological theory.

Learn more about how the Bachelor of Arts in Forensic Psychology program can help you gain the skills and experience required for a career as a forensic psychologist.

Evidence Based Professionals Society, “An Overview of Recent National and International Research on the Minimum Age of Criminal Responsibility”

Justia, “The Criminal Defense of Consent”

Justia, “The Criminal Defense of Entrapment”

Justia, “The Criminal Defense of Intoxication”

Justia, “The Criminal Defense of Mistake”

Justia, “The Criminal Defense of Necessity”

LegalMatch, “What Are the Differences Between Specific and General Intent Crimes?”

National Association of Women Judges, “Dementia in the Courtroom”

Nolo, “The Defense of Duress”

Nolo, “What Is Reasonable Suspicion?”

Nolo, “When the Police Can Make an Arrest: Probable Cause”