Get Program Details
What degree level are you interested in pursuing?
Next Step We value your privacy.
Back to Social Sciences Faculty 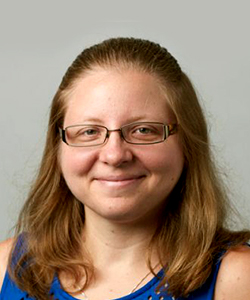 Dr. Lave earned her bachelor’s in physics from Knox College. From there, she went on to earn her master’s and doctorate from Washington University in St. Louis. However, her time in the academic world didn’t end there — it was just getting started.

In fact, Dr. Lave’s career began at Washington University in St. Louis. Throughout her ten years there, she went from a graduate teaching assistant to graduate student mentor in physics to graduate research assistant in just two years. She then became a postdoctoral research associate before moving into the role of research scientist for the university.

Dr. Lave spent two years as an adjunct lecturer for Maryville University where she was a lecturer and laboratory instructor for algebra-based introductory physics courses (General Physics I & II) and the Physics of Light and Color course.

She moved from there to adjunct instructor at Trinity Christian College in Chicago where she taught the Introduction to Physical Sciences course for the Adult Studies program. While at Trinity, she also was head tutor at Huntington Learning Center, helping prepare high school students and adults for the ACT, GED, ASVAB, and SAT.