Back to Education Faculty 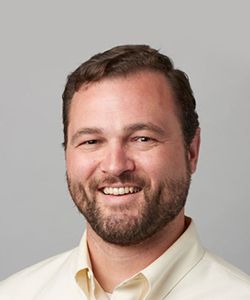 Steve Coxon, PhD, is an associate professor and executive director of the Center for Access and Achievement (CA² ) at Maryville University. CA²  focuses on partnerships with schools and nonprofits to prepare pre-collegiate students for college and the careers of the future through STEM education. CA²  oversees the:

Dr. Coxon is the author of more than 50 publications, including the book Serving Visual-Spatial Learners. In 2014, the Missouri Commissioner of Education appointed him to a four-year term on the Advisory Council on the Education of Gifted and Talented Children to advise the state on policy related to the education of gifted students. He was the 2010 recipient of the Joyce VanTassel-Baska Award for Excellence in Gifted Education.

Dr. Coxon earned his PhD from the College of William and Mary in educational policy, planning, and leadership in gifted education administration. He holds an MA in secondary curriculum and instruction and a BA in English (with a minor in biology and a computer science concentration), both from Virginia Tech.

Steve Coxon, associate professor of education at Maryville University, discovered that by following his natural curiosity and interests, he has been able to cultivate a career that is as rich and varied as the subjects that he studies. Coxon began his undergraduate education as a biology major and computer science minor at Virginia Tech. The course of his career, however, was forever shifted by an elective he chose to satisfy his degree requirements. That fateful class was called Literature and Ecology. Coxon was so taken with the course that he switched his major to English the next semester. And thus began his journey from undergraduate biology student to ultimately receiving his PhD in policy, planning, and leadership in gifted education administration from The College of William and Mary and becoming the executive director of the Center for Access and Achievement at Maryville University.

Coxon moved often as a child and attended many different public schools across several states. He became aware of race and socio-economic differences in education when he attended a middle school with more trailers than permanent classrooms. While the school was about half African-American, there were no Black students in the advanced classes or gifted program. This lead to a life-long interest in social justice and ultimately to his interest in education.

Coxon’s first classroom teaching experience was at an alternative middle school in an urban area of Roanoke, Virginia, as part of a service learning project. His initial teaching project was based on the poetry of Nikki Giovanni, a prominent African American poet and figure in the Black Arts Movement in the 1960s who was then a professor at Virginia Tech. Coxon wanted to help his students gain a new understanding of themselves and create their own poems using an artist who had experiences that might be similar to their own. Coxon loved how the students related to the material and knew then that he wanted to become a teacher. He saw firsthand how different types of learning were assessed and viewed by contemporary educational policy and procedures. Coxon’s curiosity was piqued, and he went on to a satisfying stint as a high school English teacher in urban California before moving back to Virginia to teach fourth and fifth graders in the Roanoke area.

Coxon happily worked as an elementary school teacher for a few years when a new interest caught his attention and altered the trajectory of his career. At the suggestion of a student’s parent, he became the coach of a FIRST LEGO robotics team. Oftentimes, a fellow teacher’s kindergarten-aged son would help the older kids sort and find LEGO pieces. One afternoon, all of the children were struggling to get a robotic arm to work. Coxon watched as the kindergartener took the robot from one of the children, worked on it for a short while, and then returned the machine back to the older child — with the arm fully functioning. A few years later when the young student became a student at Coxon’s school, he was surprised to find out that he had not tested as gifted, despite the fact that he had witnessed Tommy solve a problem that a child older than him with an IQ in excess of 160 could not.

“When I went into my doctoral program and started thinking about my dissertation, it became evident that what I was looking at was spatial ability,” Coxon said. “Spatial ability is the ability to think in pictures, to think in complex mental images. And that is something that this child had in spades, but it is not normally looked at in ability testing, and it is certainly not looked at in schools.” This incident, combined with one from his second year of teaching, steered him to study gifted education for his PhD.

“My second year of teaching I had four girls who were not identified as gifted but who all qualified when I recommended them in fifth grade. And they had all been through five years of school at that point, K to 4, without being recognized and thus not receiving an appropriate education. So that really spawned my interest in gifted, and it was that kindergartener that really spawned my interest in spatial ability in gifted ed,” Coxon shared. His research has subsequently focused on studying the spatial ability of students as a component in the measurement of gifted ability. He has gone on to study creativity and mathematics as vital facets of STEM education.

In his role as executive director at Maryville University’s Center for Access and Achievement, Coxon’s work incorporates all of these interests and experiences by partnering with schools and nonprofits to provide resources to use science, technology, engineering, and mathematics (STEM) training to help prepare precollege students for their post-secondary experience. “That [STEM] really fits perfectly with gifted education, the idea of talent development, of finding kids where they are at and taking them to the next level,” Coxon said when discussing how STEM and gifted education complement each other as research subjects. And so it makes sense that following multiple interests and finding innovative ways to blend them together to gain a deeper understanding of both has become a hallmark of Coxon’s career and his work at Maryville University.

Coxon, S.V. (2014). On the edge of chaos: Robots in the classroom. Ambrose, D. & Sriraman, B., (Eds.). A Critique of Creativity and Complexity: Deconstructing Clichés. Rotterdam, Netherlands: Sense.