The Role of Political Psychology in Diplomacy

Fundamentally, psychology is focused on better understanding the human mind and human behavior. Political psychology seeks to apply the same principle to the world of politics, examining the interplay between how people think, feel, and act — and the impact that has on how they approach political considerations. Through political psychology, individuals can gain deeper insight into different political ideologies, personalities, and policies — both for the public and political figures. 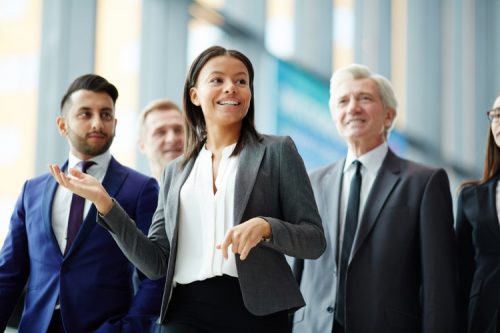 Political psychology isn’t exclusive to governmental or diplomatic protocol. The politics of international commerce and multinational industry are similarly affected by the principles of political psychology — with defined strategies that adhere to the internal and external political structure of business and commerce.

An understanding of psychological principles is especially valuable for those in roles involving diplomacy, where it can aid in fostering positive relationships with leaders and improving international relations. If you’re hoping to build these skills and more, one route to take is to further your education through an online bachelor’s in international studies or a similar degree program.

What is political psychology?

While political science typically focuses on institutions and systems of governance, political psychology is more interested in understanding individual motivations and behaviors. Much of the current research in the field focuses on how personality differences influence political behaviors and outcomes — such as the propensity to vote, trust in government, attitudes toward civic duty, and policy positions on a range of issues.

The study of political psychology can take many forms, from something as precise as ballot design — research has shown that the candidate whose name is listed first on a ballot garners, on average, 2-3% more of the vote, according to the American Psychological Association — to the examination of political ideologies.

Interest in the field has grown greatly over the past few decades. Research into political ideologies, in particular, has increased dramatically, with more studies on the psychology of left-right ideology in the past 17 years than in the previous 50 years combined, according to the International Society of Political Psychology.

The application of psychological principles to political study has elevated the understanding of political affiliation and ideology. Studies show that people with strong partisan identity — on both sides of the aisle — are more prone to cognitive rigidity, which is defined as the inability to adapt or switch between modes of thinking.

This strong sense of partisan identity has also been linked to a cognitive and social psychological concept known as motivated reasoning, which suggests that people generally accept information that supports their beliefs but are more critical of information that contradicts them. Motivated reasoning can help explain, for example, why people who are struggling economically may vote for a candidate or party that wants to cut social welfare programs.

Political psychology could lead to real-world benefits beyond simply greater insight into the political mind or better ballots. Understanding people’s political motivations and actions provides opportunities to bridge divides and create collaboration between groups on opposite ends of the political spectrum.

How is political psychology used in diplomacy?

Diplomacy professionals can apply their knowledge of political psychology to get a better understanding of the leaders and authority figures they interact with. According to a study in the British Journal of Political Science, a political leader’s prior attitudes and beliefs, just like those of the average citizen, impact the perception and interpretation of information and, therefore, may affect policy decisions. In fact, studies suggest that people who are more well-informed on issues are more likely to be stubborn about them.

This is consistent with the concept of motivated reasoning, as well as heuristic thinking, which suggests that when people are faced with complex problems, they seek information that will make it easier to reach a decision — regardless of its veracity.

Those engaged in diplomacy should also be familiar with the psychological theory of moral foundations: the idea that people possess consistent, gut-level morals that influence their worldview. As a result, people with differing opinions are often unswayed by arguments that their opponents find convincing.

An understanding of political psychology may also allow diplomats to build a stronger appreciation of the importance of social justice in the negotiating process. When the result of negotiations is seen as imperfect but fair, the involved parties tend to respond positively.

Political psychology may even be applied to combating terrorism. Principles of social psychology can help experts understand how terrorist organizations operate, including how terrorists become radicalized — and how they can become deradicalized. In addition to its connection to partisan identity, the concept of cognitive rigidity has been associated with a greater willingness to harm others in the name of an ideological group.

Understanding cultural sensitivities and where they fit into the geopolitical landscape can provide valuable insight toward the complex issues that shape our world today. Specifically within the lens of international terrorism, establishing a dialogue between two conflicting parties is the most productive way to lower tensions and promote prosperity. This outlook is also applicable to many other aspects of international relations.

Skills for becoming a leader in diplomacy

To understand and apply the principles of political psychology, diplomacy professionals need in-depth knowledge of political history, economics, multiculturalism, communication, and global awareness. The following are examples of courses in Maryville University’s online Bachelor of Arts in International Studies that may help aspiring diplomats and political psychologists achieve their career objectives.

International studies major courses are designed to help you develop a comprehensive worldview that can help you understand concepts of political psychology and pursue work in diplomacy as you explore topics in global culture, history, economics, politics, art, music, and literature.

Prepare for a career in diplomacy

When it seems people are as divided as ever, political psychology offers a path toward greater understanding and cooperation. Those with an interest in diplomacy can especially benefit from applying psychological principles to their work, using them as tools to forge and foster relationships with political leaders.

At Maryville University, your online international studies degree can prepare you to interpret global issues, conduct cross-cultural research, and offer solutions with broad impact. These skills can lead you to careers in government and many other industries, including communications, business, pharmaceuticals, marketing, and more.

Discover how Maryville University’s online Bachelor of Arts in International Studies provides students with the knowledge and skills they need to succeed in their diplomatic career.

Cambridge University Press, “The Role of Evidence in Politics: Motivated Reasoning and Persuasion Among Politicians”

Vox, “7 Psychological Concepts That Explain the Trump Era of Politics”