How We Become Ourselves: Exploring Human Development in Psychology

Why are we the way we are? It’s one of the oldest questions in human existence. After all, human beings are nothing more than 46 chromosomes, their genetic instructions duplicated across trillions of cells. Despite the fact that 99.9% of our DNA is identical, all 7.5 billion people on Earth are unique. We have different personalities, wants, needs, and likes. How is that possible?

Developmental psychology is the study of how and why individuals turn out the way they do. This discipline examines growth and change throughout the human lifespan, studying factors that influence habits, personality, preferences, and health. Dedicated professionals devote their careers to furthering our understanding of the way we develop as individuals. Some of their theories have even led to debates that extend well beyond the field. Keep reading to learn more about human development in psychology, several of the major debates, and how to get involved in this field. 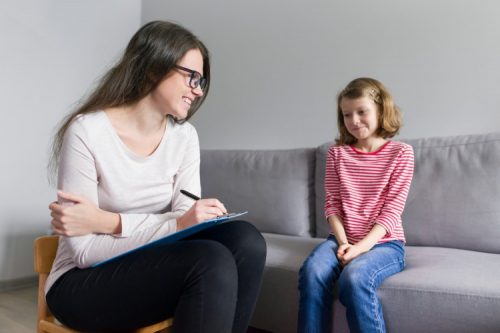 The History of Developmental Psychology

Although scholars have contemplated the nature of human existence for thousands of years, the field of developmental psychology was formalized in the past 150 years. Scientists in the late 19th and early 20th centuries, including biologist Charles Darwin, primarily focused their studies on childhood development. An important early text was German physiologist Wilhelm Preyer’s 1882 The Mind of the Child, in which he described the development of his own daughter from birth through childhood.

It wasn’t until the mid-20th century that the focus of developmental psychology moved beyond just children and adolescents. Researchers realized development continues throughout life and started studying adults and the elderly. During this period, many of developmental psychology’s most influential scientists published their theories, including Jean Piaget (1896-1980), Erik Erikson (1902-1994), and John Bowlby (1907-1990). Their research and ideas continue to influence modern professionals in the field and their views of human development in psychology.

One of the major debates and topics of research in developmental psychology is nature versus nurture. Scientists who study developmental psychology often address the question of what causes behaviors. Is it genetics, our environment, or a combination of the two? Scientists who believe nature is responsible for who we become are known as “nativists.” The opposing point of view is that our environment is responsible for our development; its supporters are known as “empiricists.”

While “nature versus nurture” has become a common phrase, few modern scholars follow that line of thinking. Modern developmental psychologists instead try to figure out the extent to which these elements impact who we are, understanding that each plays a significant role.

As researchers learn more about the human genome and become more able to study parts of individuals’ genes, scientists can better understand the nature-nurture continuum. A 2018 New York Times article cited a Swedish study of 4,000 pairs of twins that found genetics influences some factors more strongly in males than in females, including sexual orientation. Scientists developed the word “epigenetics” to describe traits that are genetically based but whose expression depends on environmental factors.

There’s no doubt that we each change and grow physically and mentally as we age, but how does that growth occur? Does it come in steps, or is it a gradual slope? That’s the basis of the discussion between continuity and discontinuity theories. Continuity is the idea that human psychological development is continually progressing without any distinct steps along the way. In the continuity model, development is like a skill, and humans develop it the same way we learn other skills — by practicing and continually improving.

How to Become a Developmental Psychologist

If you’re excited about the field, begin with a degree such as Maryville University’s online Bachelor of Arts in Psychology. This program lays a strong foundation for entry-level careers or further study of human development in psychology at the master’s and doctoral levels. Discover how Maryville University can help you start an exciting career in this field.

Recommended Readings
A Guide to Children’s Mental Health
Anxiety in Children: What Parents, Educators, and Students Can Do to Help
The Future of Psychology: New Methods for Helping People