The Internet of the Future Will Be Bigger, Faster, Safer, and More Private 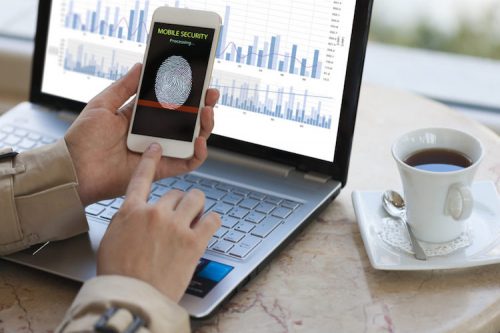 Internet technology is no longer in its infancy. Spotty dial-up connectivity has given way to broadband, and the days of relying on wired connections are long gone, with many devices now able to connect to the web via wireless hubs.

Yet despite the internet’s role in driving business and connecting the masses more easily than ever before, it still has its fair share of challenges. The fast-paced change of technology has raised some concern among cyber security experts, who note that businesses that aren’t moving quickly enough to identify and patch security vulnerabilities are at risk of data breaches. Business Insider reported that between January 2017 and August 2018, hackers breached the systems of at least 16 major retailers, likely stealing customer information.

Predictions about the future of the internet continue to evolve, but the good news is that computer scientists from all over the globe are working to make sure it’s faster, safer, and more secure. Earning an online master’s degree in cyber security could help put you on the path toward joining in that effort.

The Internet of Things (IoT)

Twenty years ago, no one imagined a refrigerator would be able to tell you when you were running low on milk or eggs. But in today’s world, where smart appliances are able to sync with smartphones, such marvels have become almost commonplace. Yet, while video doorbell systems and voice-response microwaves promise to enhance our lives, they also create potential privacy and security threats.

A report from McKinsey & Company on connected cars stated that the only way products can be fully secure is if they are designed with security in mind, adding that this same mindset can be applied to any connected device. The report added that when any device connects to the internet, its designers need to make sure it’s not vulnerable to hacking.

Given the issue of heightened security, then, original equipment manufacturers (OEMs) must continue to take efforts to ensure that vulnerabilities to over-the-air (OTA) updates and security patches are eliminated before they can be exploited. If this is done before updates are released, people will be able enjoy the benefits of the internet of things while still protecting their privacy.

How Businesses Are Transforming Themselves for the Digital Economy

Cutting-edge technologies such as mobile-device payment options and cardless ATM withdrawals are having an impact on nearly all aspects of day-to-day commerce.

Digitization is rampant, and technologies like machine learning and faster mobile connections have become increasingly widespread. Although technological changes are having an impact on most industries, manufacturers who rely heavily on manual tasks are seeing the most obvious changes. As these types of tasks are removed from the hands of human workers and passed on to artificial intelligence (AI) platforms and devices that rely on machine-learning technologies, the employment of enhanced cyber security measures will be more important than ever.

Protecting customer data is also paramount. In the aftermath of some recent highly publicized data breaches, businesses have become more proactive in hiring specialists who focus on cyber security.

Other organizations have begun to work with third-party consulting firms as a means of having their security protocols evaluated. Multifactor authentication and data-centric encryption measures are also at play.

The Washington Post reported that Congress is considering new internet privacy laws that would require companies to notify their customers when a security breach takes place. The still-pending legislation has received bipartisan support, and major tech companies — such as Apple, AT&T, and Google — are also on board.

In addition to supporting legislative fixes, organizations are also working in-house to identify and eliminate possible security threats before they are a problem. As the future of the internet morphs into present-day reality, the need for qualified computer science professionals continues to grow.

Shape the Future of Internet Security

The online master’s in cyber security program at Maryville University is designed to help graduates develop advanced skills that can serve them well in their careers. The curriculum includes coursework that covers subjects such as controls for effective cyber defense, cryptography and network security, mobile device hacking and forensics, and responses to breaches and other threats. Upon completion of the program, graduates may encounter new opportunities to find a fulfilling role in this field.

If you’re ready to discover more about how our online computer science degree programs can help you take your ambition to the next level, contact us today and prepare to seek your role in designing, implementing, and maintaining the internet of the future.

Business Insider, “If You Shopped at These 16 Stores in the Last Year, Your Data Might Have Been Stolen”

Forbes, “7 Predictions for How the Internet Will Change over the Next 15 Years”

Internet Society, “What Does the Future Hold for the Internet?”

Internet Society, “2019 Global Internet Report on the Future of the Internet”

The New York Times, “A Future Where Everything Becomes a Computer Is as Creepy as You Feared”

World Economic Forum, “This Is the Future of the Internet”