Insurrectionists stormed the U.S. Capitol on Jan. 6, 2021, in an attempt to stop Congress from certifying the Electoral College votes. As Congress fled for safety, the mob broke windows, vandalized offices, and roamed the Senate halls. More than 140 people suffered injuries and five people died, including a U.S. Capitol Police (USCP) officer. 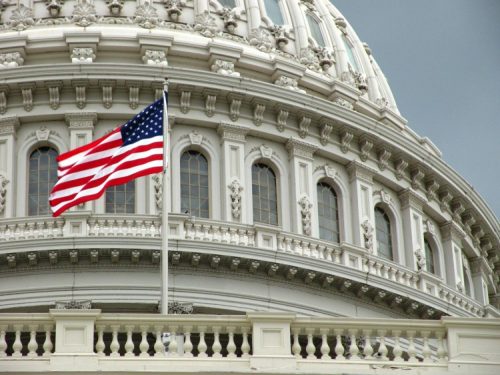 The Capitol riot is the deadliest attack on the Capitol in U.S. history. However, the Capitol has withstood civil unrest multiple times since construction began on it in 1793. The last time it was actually breached was in 1814, during the War of 1812.

When trained historians consider civil unrest in America, they look to many possible causes of the conflict and analyze events from multiple perspectives. Historians also pay keen attention to the specific ways that entities name and frame events (for example, as “protests” versus “riots”) to advance their social, political, and economic aims.

What is civil unrest?

Civil unrest is any activity arising from an act of mass civil disobedience — such as a riot, strike, or demonstration — in which participants become hostile to authority.

Civil disturbance may be spontaneous or planned. Some are peaceful (as in civil disobedience, civil resistance, and nonviolent resistance). Some instances of civil unrest become violent, resulting in destruction of property and death (as in sabotage, terrorism, and guerrilla tactics).

Numerous issues can cause tensions to mount between a crowd and the authorities. Political grievances (including opposition to tyrannical governments), economic disputes, and long-standing oppression have all caused civil unrest in America.

Economic and social causes of civil unrest aren’t mutually exclusive. For example, one of the earliest riots just outside the Capitol was the Snow Riot. In 1835, a mob of working-class whites looted and destroyed Black-owned businesses, including Beverly Snow’s Epicurean Eating House, purportedly out of resentment over having to compete with Black people for jobs and fears over slave rebellions.

The Capitol is no stranger to violent conflict.

In 1814, just 14 years after the Capitol opened, British forces looted and set fire to it. The British fired newly developed rockets at American forces, a militia comprising local farmers and tradesmen with little training. “They were totally unprepared,” writes historian Anthony Pitch, author of “The Burning of Washington: The British Invasion of 1814.”

When American militiamen broke rank, the British surged into the Capitol, stacked the furniture, laced it with gunpowder, and torched it. They immolated the Supreme Court, the Library of Congress, the Treasury building, and the chambers of both the House and Senate.

During the antebellum period, Congress attacked itself. In an infamous event, proslavery Representative Preston Brooks beat antislavery Senator Charles Sumner with a cane on the Senate floor in 1856. As historian Joanne B. Freeman describes in her book, “The Field of Blood: Violence in Congress and the Road to Civil War,” Congress became increasingly violent leading up to the war.

Later attacks at the U.S. Capitol

The Capitol faced civil unrest through the 20th century. In 1954, a group of Puerto Rican Americans shot and injured five congressmen in the House of Representatives, demanding independence for the U.S. territory of Puerto Rico.

Bombs exploded and damaged the Capitol in 1971 and 1983, causing $300,000 and $250,000 in damage, respectively. (Various groups claimed responsibility for the attacks in retaliation for U.S. military actions.)

The second most deadly attack on the Capitol occurred in 1998 when a mentally ill man with seemingly no political motive fatally shot two USCP officers.

The Riot on Capitol Hill: Causes and Conflicts

However, historians notice patterns. Eric Foner, a Civil War historian, writes that “this mob action was unprecedented in its specifics. In other ways, it is not unprecedented at all. It represents something deeply rooted in the American experience, which is actually hostility to democracy.”

A swirl of events created an environment prone to civil unrest during 2020, including the COVID-19 pandemic (and the stay-at-home orders, panic buying, and health and economic fears it brought with it), a summer of protests and counter-protests around the Black Lives Matter movement, and a contentious election season up and down the ballot, culminating in the “Stop the Steal” campaign after the presidential election.

Amid this chaos, several issues came to the fore that historians believe contributed to the Capitol Hill riot, including anti-government sentiment, misinformation/disinformation, and social media as a platform for extremist and inflammatory rhetoric.

Distrust in government has long been an issue in the U.S. According to Pew Research, public trust in the government to do the right thing hasn’t been above 50% since the early 1970s and has hovered around 20% for the past decade.

That distrust simmered throughout 2020 leading up to the Capitol Hill riot, especially with respect to fears of encroachment on Second Amendment rights and stay-at-home measures related to the COVID-19 pandemic. For example, in January 2020, gun rights activists in Frankfort, Kentucky, marched carrying semiautomatic weapons into the state capitol to oppose gun control legislation in neighboring Virginia.

In April 2020, armed protesters stormed the Michigan State Capitol after Governor Gretchen Whitmer signed three executive orders to renew a state of emergency in response to coronavirus lockdowns. Protesters demonstrated against the governor’s policies, and some brandished guns outside the state capitol, prompting a few legislators to wear bulletproof protective gear to work.

Misinformation and the role of social media

Distrust in institutions creates fertile ground for misinformation, disinformation, and conspiracy theories to take hold, all of which are increasingly being amplified through social media. That was certainly the case in the months and years prior to the Capitol Hill riot.

The country had already been divided by a disinformation campaign from Russia around the 2016 U.S. presidential election. The years that followed saw the rise of conspiracy theories about the “deep state” and other government-related issues, including the belief that the COVID-19 pandemic was a hoax.

Social media also allowed protesters to organize ahead of the Capitol Hill riot. Numerous Facebook groups called for an insurrection on Jan. 6, 2021. Proponents of the election fraud claims flocked to emerging platforms such as Parler (the social networking app became the top new download on the Apple App Store in November 2020) to organize and evade moderation.

Historians analyzing primary and secondary texts (including news articles, firsthand accounts, social media posts, photos, and so forth) gain insights from the specific descriptions and characterizations that speakers use to name and frame events.

While facts remain, history is interpreted by people — and people always have an angle.

Explore American civil unrest with a degree in history

American civil unrest will emerge again and again. Learning how to understand civil disorder and its context and causes helps leaders respond to today’s conflicts.

BBC News, “Capitol Riots: Has the US Legislature Been Attacked Before?”

History Channel, “A History of Attacks at the US Capitol”

National Geographic, “2020 Is Not 1968: To Understand Today’s Protests, You Must Look Further Back”

National Geographic, “Was the Assault on the Capitol Really ‘Unprecedented’? Historians Weigh In”

Smithsonian Magazine, “The History of Violent Attacks on the U.S. Capitol”

The New Yorker, “The Long Prologue to the Capitol Hill Riot”

The Washington Post, “In 1814, British Forces Burned the U.S. Capitol”