A Nurse's Guide to Eating Disorders

Eating disorders are psychological and personal struggles that can impact anyone, regardless of income, age, gender, or ethnicity. An eating disorder is a type of mental illness with which an individual develops an unhealthy relationship with food and often has an unrealistic view of their body or appearance.

This is a serious problem that can affect a person’s physical appearance and health. In the long term, eating disorders may even be fatal. Because of this, nurses, family and friends, and other medical professionals must understand how these disorders function and impact those who are affected. 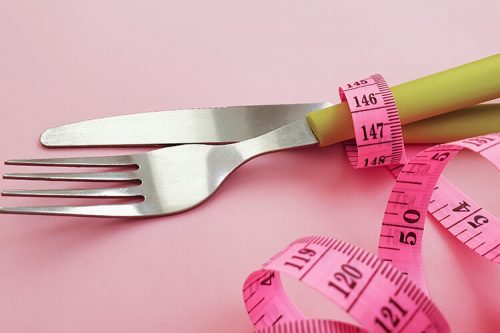 The phrase “eating disorder” refers to several different types of conditions. Some of the more common and easily recognizable are anorexia nervosa, bulimia nervosa, and compulsive overeating or binge eating.

According to the National Association of Anorexia Nervosa and Associated Disorders (ANAD), 9% of the U.S. population, or 28.8 million Americans, will have an eating disorder at some point in their lifetime. Another organization, the National Eating Disorders Association (NEDA), found that Black teenagers were 50% more likely than white teenagers to exhibit bulimic behavior, while Hispanic people were also significantly more likely to suffer from bulimia nervosa than their non-Hispanic peers.

Anorexia nervosa is a condition in which a person has a fear of gaining weight. When they look at their body, their perception is distorted. As a result, even people who are extremely thin for their height and body structure may see themselves as overweight.

People living with anorexia may eat a very small amount of food or expel what they do eat either by forcing themselves to vomit or taking laxatives. In some cases, a person may exercise excessively to burn away calories. People often develop anorexia nervosa as teens or pre-teens, and it’s most common in females.

People with bulimia regularly binge on high-calorie foods, followed by purging to prevent weight gain. Binge eating can be described as episodes of out-of-control eating, often in secret.

When a person has bulimia, they understand that their actions are not normal, and they may also purge the food out of a sense of self-disgust, shame, or guilt. As with anorexia, purging may involve vomiting, laxative use, or exercise that’s strenuous and excessive. A person who has bulimia typically has a normal body weight, although they may see themselves as overweight.

“Binge eating” and “compulsive overeating” are often used interchangeably. People who are binge eaters are often compelled to eat and feel as if it is beyond their control to stop, even if they’re full and uncomfortable. While eating, they consume large amounts of food over a short period and feel intense shame over their lack of control.

This quick and large consumption of food occurs regularly, at least once a week. Unlike bulimia, binge eating and compulsive overeating do not involve purging, and people do gain weight from it and can become obese as a result.

Binge eating differs from simply overeating, which most people have done on occasion, in that it happens regularly and is a source of shame. In the U.S., binge eating is arguably the most common eating disorder.

Scientists and researchers have been unable to pinpoint the exact causes of eating disorders. However, they believe there are several factors that may contribute to this form of mental illness.

For some people, biology plays a role: Their genes can impact whether they develop an eating disorder, or there may be an imbalance of chemicals in the brain that control a person’s appetite and digestion. This is often true if someone’s immediate family members also have an eating disorder. A person’s eating disorder may also be due to psychological causes such as low self-esteem, impulsive behavior, feeling a lack of control over one’s life, loneliness, relationship problems, anger, or anxiety.

Social and environmental factors are thought to play a large part in causing eating disorders, too. Popular culture places a high value on having a certain body shape, one that has minimal body fat. These ideal or perfect body types appear in movies and television, magazines, and billboards.

Constant exposure to these images impacts how people of both genders feel about their bodies and how they believe others view them. This can be especially true for women of color, who often struggle against a perceived standard of European beauty. As a result, people can feel an unnatural pressure to conform to these one-sided expectations.

A 2019 report by the Harvard Business Journal supports some of these ideas. The report details how individuals who seemingly conform to the accepted standard of beauty have higher chances of landing a job interview, receiving a promotion, or earning higher wages. However, there are many other intangibles that could affect a person’s mental state and lead them unnecessarily down this path, including stress from school, one’s job, relationship issues that include infidelity, or life in general.

Nurses are typically expected to educate their patients on how to care for themselves and potentially prevent health problems. While there is no strategy that can guarantee a person will not develop an eating disorder, there are certain behaviors that may reduce their risk.

Adopting healthy eating habits can improve one’s relationship with food, and in households with children, it can help to teach kids about a balanced diet, proper portion sizes, and how healthy foods can be appealing and delicious. Paying attention to hunger and not eating based on emotion or boredom is also an important rule to follow.

People should learn to appreciate their body size and appearance. One way to do that is to identify and accentuate features or body parts that they like and, instead, adopt positive self-talk strategies. Working out with a friend or family member can help encourage regular exercise and is the ideal way to shed unwanted pounds. A quick jog or brisk walk can help you get in the necessary exercise in a safe and healthy manner.

Around kids, parents should also stress a positive self-image, get kids outdoors and active, and never criticize anyone for their body shape or size. Individuals should be advised to talk to their doctor if they have any concerns about food, the appearance of their body, or negative thoughts regarding their appearance. Reducing stress can also help to prevent eating disorders.

In addition to speaking to medical professionals, there is a wealth of information online that one can use to assist their friends and loved ones if they need help. These resources include hotlines as well as chat rooms and forums.

You can help provide hope for your community

Gaining the knowledge and skills to help make a difference as a nurse is one of the most important aspects of providing treatment for individuals with eating disorders.

Maryville University offers several online nursing programs. No matter what stage you’re at in your education or career, our advisors can help you determine which program is right for you. Visit our online nursing degrees page to learn more.

Learn more about the online MSN program.
Get Program Details