Get Program Details
What degree level are you interested in pursuing?
Next Step We value your privacy.
Back to Nursing Faculty

Assistant Professor of Nursing and Assistant Director of DNP Programs 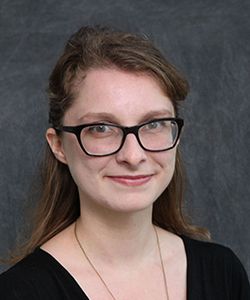 Mariea Snell, DNP, APRN, FNP-C, is an assistant professor of nursing and the assistant director of the Doctor of Nursing Practice programs at Maryville University. She currently serves as the vice president of the Missouri State Board of Nursing. In addition, she works as a family nurse practitioner at Maven Clinic Inc., where she diagnoses and treats common primary care conditions using telehealth. Before coming to Maryville, Dr. Snell worked as a family nurse practitioner program faculty member at Saint Louis University, where she instructed students on adult, pediatric, women’s, and geriatric health. Prior to that, she was a research nurse of infectious diseases at Washington University in St. Louis for four years before earning her FNP. At Washington University she managed all aspects of clinical research, including patient physical assessments, review of labs, monitoring of study treatments, protocol development, study startup, process and budget development, IRB submission, subject recruitment, informed consent process, study visit completion, CRF data entry, adverse event reporting, and study publication.

Dr. Mariea Snell, DNP, APRN, FNP-C, Assistant Director of the Doctor of Nursing Practice programs at Maryville University, has long been driven to proactively change people’s lives for the better. “I’ve always been a person who has a lot of compassion and empathy for people,” she explains. But it was one experience of adding direct value to a patient’s life through research that moved Snell to deepen her calling and expand her potential reach as a nurse through higher education.

An HIV-positive patient Snell was seeing for a study at her first job after nursing school — at the AIDS clinical trials unit at Washington University — confided in her that he never took his shoes off in front of other people because of troublesome fungal infections. The typical treatments were unavailable to him, he explained, because of potential interactions with his HIV medications.

Moved by this patient’s willingness to be vulnerable in front of her and his feelings of shame and guilt about his condition, Snell designed a Washington University-funded study of natural treatments for fungal infections that was later published and cited in a number of HIV publications. “It was great to be able to help him overcome some of those quality of life issues that people don’t even think about,” says Snell. “Unless it’s something you’re directly experiencing, you would never know.” And she wasn’t just helping a population with her clinical work; she was helping an individual whose pain had affected her personally.

A Nursing Journey Driven by Empathy

Snell didn’t always know that she would become a nurse. Although she had begun to launch a creative career in fashion design before college, Snell felt that the hands-on impact of the helping professions spoke to her. That underlying drive, along with a pathophysiology course in high school that spurred an interest in how the body’s systems function holistically, led her toward her true calling: nursing.

Although Snell’s experience at Washington University was a catalyst for much of her later work, her entire nursing career has been motivated, and brightened, by the individuals she’s served along the way. As a student attending births in the labor and delivery unit, the letters and baby pictures she received after the fact from happy new mothers told her she was on the right path.

“That level of gratitude and being able to make that impact on someone when they’re going through something really difficult . . . that reaffirms it for me every time, that this is exactly what I should be doing,” says Snell.

From Nurse to Nursing Educator

Now, Snell sees the direct effects of her work through her students as well as her patients. Her goal at Maryville, Snell explains, is to expand students’ horizons in terms of what they believe the nursing profession can include. Her experience at the HIV/AIDS clinical trials unit inspired her to do more to connect research with practice and to mentor other nurses to do so as well.

“It showed me that there’s so much more that can be done in this profession and so much more that we can add to the body of knowledge and the work that we do,” she says. “But to do that, I felt like I needed to get advanced degrees to be able to advance myself to that level.”

Snell’s master’s program afforded her more freedom as a nurse, allowing her to get licensed as an advanced practice nurse who is qualified to treat patients “at a similar level to a primary care physician.” Meanwhile, her doctorate encouraged her to think of health, and the potential impact of nursing, both systemically and globally — rather than solely at the individual level. This unique perspective is one she appreciates being able to share with her students in order to improve their own relationships with their patients and to expand their goals within their profession as a whole.

As in her early work as a designer, Snell brings creativity, flexibility, and a fresh approach to her work at Maryville. “I’ve loved how MVU has such a focus on tech and innovation,” she says. In fact, it was Snell’s work as a distance educator at Maryville that got her thinking about patient populations that might benefit from telehealth, which she now provides as a family nurse practitioner at Maven Clinic Inc.

Of the importance of telehealth, for which she even helped design the legislation in Missouri, Snell explains that some patients “don’t have a doctor in their area, they live in a rural county, or maybe they have anxiety and they don’t want to leave their house. This really helps decrease those barriers to care.”

From working persistently to decrease those barriers to care to ensuring that nurses in her state follow the guidelines that keep patients safe, Snell has transformed into a leader within the nursing field since her earliest calling to nurture others at vulnerable points in their lives. As vice president of the Missouri State Board of Nursing, for example, she ensures that patients get the same quality of nursing care that she’s developed throughout her time as a nurse. Across her career, Snell has brought empathy and compassion to her work, marrying clinical practice with academic research to ensure a better quality of life for her patients and a better education for her students.