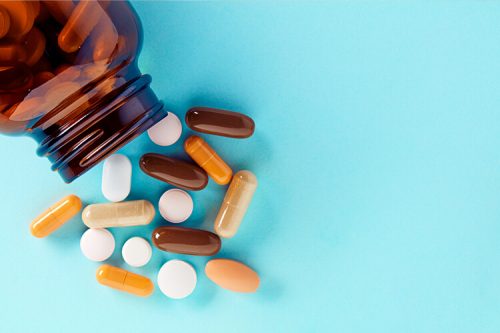 Placebos are treatments with no active ingredients — so-called “sugar pills” designed to have no clinical effect. They’re traditionally used with control groups in medical studies to determine whether the real medication, with the active ingredient, was effective. If a drug performs significantly better than the placebo, it is deemed a success, while those that perform the same or worse than a placebo are proven ineffective.

The so-called “placebo effect,” where patients’ condition improves simply because they believe they are receiving a particular treatment, is widely known, and it is typically seen as a psychological response. However, current research has placed an intriguing twist on the concept of the placebo. These studies have used open-label placebos, where patients are fully aware that they’re not receiving a drug with active ingredients. Despite the transparency of the placebo use, many of these patients have shown promising results.

Could placebos have a real effect? We explore this question below.

The effectiveness of open-label placebos

In these studies, the placebos were not compared to actual drugs. Rather, they were tested against control patients who received no treatment at all. This research indicates that openly giving placebos to patients may have a measurable effect on their conditions, even when they’re aware of what they’re taking.

In the future, medical practitioners, including advanced nurses who have completed nurse practitioner programs, may wish to participate in further studies to explore how open-label placebos compare to prescribed drug treatments. They may even find themselves using these placebos when working with patients in the future.

Why do open-label placebos work?

So far, there is no conclusive evidence as to why open-label placebos seem effective. However, there are many theories on the matter.

In Science Daily, Dr. Claudia Carvalho, Ph.D., of the Instituto Universitário de Ciências Psicológicas, Sociais e da Vida (ISPA), noted, “It’s the benefit of being immersed in treatment: interacting with a physician or nurse, taking pills, all the rituals and symbols of our healthcare system. The body responds to that.”

The body may also be responding to a rush of endorphins brought on by the placebo. Jon-Kar Zubieta of the University of Michigan conducted a study on the placebo effect, which found that patients who unknowingly received a placebo for pain experienced increased activity in the endorphin system. This would indicate the placebo effect is linked to a measurable physical phenomenon.

However, this study was not conducted with open-label placebos. Therefore, there’s no conclusive evidence regarding whether endorphins are responsible for pain relief in patients who know they are getting a placebo.

Who can benefit from placebos?

As with any medication, placebos don’t work the same for every patient and are not an effective option for many conditions. Open-label placebos are by no means a cure-all. Rather, they seem effective against symptoms diagnosed through self-observation, such as pain. In Science Daily, Dr. Carvalho specified, “You’re never going to shrink a tumor or unclog an artery with placebo intervention.” However, placebos have proven effective for conditions like irritable bowel syndrome and chronic lower back pain.

The placebo response may not be entirely psychological. A study published in the Public Library of Science revealed that patients with the catechol-O-methyltransferase (COMT) enzyme respond more favorably to placebo treatments. This may prove that there is a genetic link between a patient’s biomarkers and his or her response to placebo treatments.

Understanding which patients have the most favorable response to placebo treatments can help physicians make better decisions about when to attempt an open-label placebo regimen.

McGill University researchers analyzing 84 clinical trials between 1990 and 2013 found that placebos have shown increasing rates of effectiveness in the United States. As a result, it’s becoming more difficult for drugs to pass their clinical trials, which makes it increasingly challenging to prove that new pharmaceuticals are effective.

Commenting on the study, Robert H. Dworkin, a professor of anesthesiology, neurology, and psychiatry at the University of Rochester School of Medicine and Dentistry, said, “The greater the improvement in patients treated with placebo in clinical trials, the more difficult it can be to demonstrate the beneficial effects of pain-relieving medications.”

Interestingly, the placebo effect only seems to be growing in the United States. Alexander Tuttle, a psychology doctoral student at McGill, speculated this may occur because drug-to-consumer advertising is more prominent in the U.S., and consumers here are more aware of the placebo effect.

Though the patients in drug trials typically aren’t told whether they’re receiving a placebo, they are aware of the possibility. It stands to reason that if patients respond favorably to open-label placebos, they may also exhibit a positive response to these drug trials on a placebo for much the same reason.

How primary care providers can make use of open-label placebos

Primary care providers are divided on the best way to make use of open-label placebos in light of this new research.

In an article for the Guardian, Dr. Howick stated, “I’m not advocating that doctors hand them out like Smarties [candy]. I do think, however, that this research is telling us we should start to recognize the benefits of doctors being realistically positive when they talk to patients.”

Professor Ted Kaptchuk of Harvard Medical School has a different perspective. He conducted a study using open-label placebos on 80 patients with IBS and found that those taking placebos exhibited a significant improvement in their symptoms. In the same piece in the Guardian, Kaptchuk noted, “If enough of these studies have positive results in different conditions, I hope we can convince the medical community that there’s something useful here.”

Though more conclusive studies may be needed, the possibilities with open-label placebo use could be promising.

If the opportunity to treat patients in new and innovative ways intrigues you, consider furthering your education in an online nurse practitioner program like the Maryville University online Master of Science in Nursing (MSN). With an MSN, you’ll be equipped to assume valuable leadership roles where you can take an active role in shaping the future of healthcare for your patients.

The Boston Globe, What you need to know about Moderna’s COVID-19 vaccine, which is likely to get cleared this week.”

The Guardian, “‘I knew they were sugar pills but I felt fantastic’ – the rise of open-label placebos”

The New England Journal of Medicine, “A Randomized Trial of Hydroxychloroquine as Postexposure Prophylaxis for Covid-19”

PubMed.gov, “Effects of placebos without deception compared with no treatment: A systematic review and meta-analysis”

Wired, “Placebos Are Getting More Effective. Drugmakers Are Desperate to Know Why.”