Global Drug Survey Reveals Methamphetamine to be the Most Dangerous Drug

Since 2011, the Global Drug Survey has helped healthcare professionals and policymakers around the world to identify the impact that drugs and pharmaceuticals have on different groups within the population, and to provide opportunities to promote a responsible understanding of how certain populations may face more adversity regarding the stigma of drugs and alcohol than others. 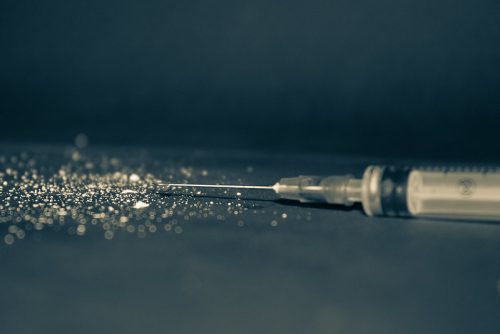 Learn what the 2017 Global Drug Survey reveals about current patterns of drug usage, and consider how medical professionals can address the harmful effects of methamphetamine use:

As the largest drug-related survey in the world, the GDS reveals important data about the prominence and effects of both legal and illegal drugs on a global scale. Since 2011, more than 750,000 people have participated in the survey, reflecting a diversity of opinion through a partnership that includes more than 30 countries. The largest numbers of participants come from Germany, Denmark, and the United States. However, people from Australia, Brazil, Colombia, and other countries also participated in the 2017 survey.

Though the research methods of the Global Drug Survey have limitations, they also offer unique benefits. Since the survey tends to generate responses from younger drug users, it may reveal drug trends that are on the rise before they gain large-scale international attention. The survey also provides data about the gender, health status, education level, and recreational pursuits of users, which can shed light on key patterns and differences in global drug usage.

The 2017 Global Drug Survey reveals that alcohol is by far the most popular drug worldwide, with over 94% of participants reporting use in the last 12 months.

Cannabis, cocaine, ecstasy (MDMA), amphetamines, LSD, and magic mushrooms are also some of the most common drugs among survey participants. Many legal and illegal drug users report a desire to reduce or stop their use patterns altogether. For example, around the globe, nearly 35% of alcohol users report wanting to drink less, but only 7.4% want help making the change.

Overall, users of LSD and magic mushrooms required some of the lowest levels of medical attention, with just 1% and 0.2% of users, respectively, seeking treatment. As the Guardian reports, magic mushrooms are considered one of the safest drugs of all the drugs people take recreationally worldwide. In fact, the biggest dangers surrounding this drug stem from external causes. These include users sourcing the wrong type of mushroom and people mixing magic mushrooms with other types of drugs, such as alcohol.

Psychedelic substance usage alone usually does not result in abuse or dependence. However, the increasing tendency for manufacturers to add potent psychedelics to LSD may affect its relative safety level in the future.

What the 2017 survey reveals about methamphetamine

Perhaps the most alarming takeaway from the 2017 Global Drug Survey comes from its data on methamphetamine usage.

This drug is more dangerous than any others in the survey because, on average, 4.8% of users required emergency medical attention after use. The need for emergency treatment after meth use is much higher in certain countries, including the United States and Canada, where the percentages of users who seek medical attention are 6.1% and 8.3%, respectively.

When comparing the Global Drug Survey data about methamphetamines to data on other common drugs, the dangers of meth become even more apparent. The percentage of users who sought medical treatment after consuming meth is more than the sum of those who used synthetic cannabis and alcohol, the second- and third-most dangerous drugs, combined.

Furthermore, meth appears to have much more of a negative effect on women than it does on men, but the reason for this is not clear. Just over 8% of female users required medical attention after using meth. In contrast, 3.7% of male users needed emergency treatment after consuming meth.

According to The New York Times, methamphetamine use has shown a staggering increase, with nearly 25% more deaths from meth and other drugs in its class between May 2018 and May 2019 as compared to the previous year — which had already seen 13,000 deaths.

One particularly striking note is that a rising number of people are turning to drugs or alcohol as a coping mechanism to help escape from the pressures and stressors in their lives.

In the United States, meth is available in several forms.

The National Institute on Drug Abuse (NIDA) reports the preferred method of use varies by region. However, smoking is the most common method of ingestion, as it’s one of the fastest and most intense ways for users to feel the effects of the drug.

Because the intensely pleasurable feeling meth produces can fade before its concentration in the user’s blood decreases, some people binge on meth. Though the length and severity of such a binge vary among users, some may neglect to sleep or eat for multiple days, after which medical treatment may be necessary.

Over time, NIDA reports meth can cause a range of adverse effects. In the short term, users may experience a rapid or irregular heartbeat, hyperthermia, and decreased appetite. Long-term use can lead to addiction and may require users to ingest larger amounts to experience the desired effects. Those who abuse meth may experience severe anxiety, psychotic episodes, and reduced motor and memory skills. They may even have an increased risk of stroke or Parkinson’s disease.

Front-line help for those most in need

Nurse practitioners can take on important roles in treating meth abuse and addiction, as there are effective treatments that have helped former meth users reverse many of the telltale neurobiological effects of this drug.

In many areas, nurses may have the opportunity to oversee behavioral therapies, which have proven to be the most effective for meth users. According to NIDA, the most common treatments include Motivational Incentives for Enhancing Drug Abuse Recovery (MIEDAR), a method that incentivizes abstinence from meth; and the Matrix Model, a 16-week program that includes support, counseling, and behavioral therapy.

With effective treatments, healthcare professionals may be able to alleviate the harmful effects of meth use in the U.S. If you are an aspiring healthcare professional, earning an online MSN degree could enable you to address the dangers of meth and other drug use. To learn more about flexible online learning options for doing so, visit Maryville online.

National Institute on Drug Abuse, “What treatments are effective for people who misuse methamphetamines?”

National Institute on Drug Abuse, “How is methamphetamine misused?”

National Institute on Drug Abuse, “What are the immediate (short-term) effects of methamphetamine misuse?”

National Institute on Drug Abuse, “What are the long-term effects of methamphetamine misuse?”