A Caregiver’s Guide to Understanding, Recognizing, and Preventing Elder Abuse 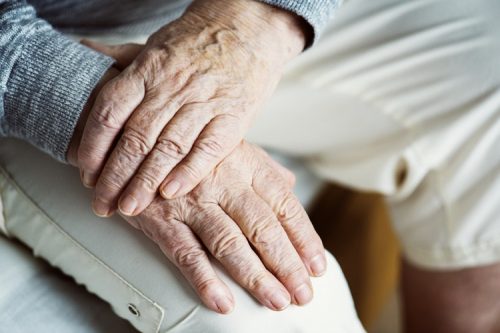 Elder abuse has become a serious and growing issue in the United States. According to the National Center on Elder Abuse (NCEA), about one in 10 adults over age 60 have experienced some kind of abuse. This is concerning for those who want to ensure that older adults receive the quality care they need.

Current and prospective nurses, doctors, and other healthcare professionals need to be able to understand and identify signs of elder abuse to help protect this vulnerable population. Further, seniors and their families should be aware of this issue to make sure nobody is being taken advantage of. As more baby boomers become seniors and require increasing levels of care, the number of people who are at risk of elder abuse will only continue to grow.

Maryville University has created this guide to provide you with all the information you need about elder abuse. This resource will define the various types of elder abuse, outline the signs of elder abuse, offer ways you can help, and explain how to properly report it as well. Whether you are looking to provide senior care as a medical professional or simply want to make sure a family member is well cared for, this guide will help prepare you to recognize, report, and ultimately prevent elder abuse.

What Is Elder Abuse?

The Centers for Disease Control and Prevention (CDC) defines elder abuse as “an intentional act, or failure to act, by a caregiver or another person in a relationship involving an expectation of trust that causes or creates a risk of harm to an older adult.” Because the relationship between an older adult and their caregiver is one of implicit and complete trust, elders expect to be treated compassionately. They place their needs and health in the hands of their caregiver. When caregivers exploit that trust in a way that harms the elder, it’s abuse.

It’s worth noting that the CDC includes “failure to act” as a form of elder abuse in its definition. Caregivers who ignore or neglect their duties are also abusive, even if they did not plan to intentionally harm anyone. This act of neglect can be just as damaging as purposefully hurting or manipulating an older adult.

Elder abuse can take many forms. Perpetrators may take advantage of finances, be emotionally abusive, or even get physically abusive with elders. Individuals may experience multiple forms of abuse at the same time or at different points in their lives. Because there are so many forms of abuse, it’s likely that no two people will have exactly the same experience with it.

As experts continue to learn more about elder abuse, they may expand its definition to include more types. Currently, the NCEA recognizes seven forms of elder abuse:

Physical elder abuse occurs when caretakers use physical force on an older adult that might or could be expected to result in bodily harm, pain, injury, or impairment. This can include hitting, shoving, slapping, kicking, biting, shaking, beating, or burning the victim. Perpetrators may use their own body or an object to physically harm the victim. Physical abuse can also take the form of punishments, force-feeding, giving drugs without knowledge or consent, and restraining the victim.

Also called “psychological abuse,” emotional elder abuse involves using verbal or nonverbal (but not physical) means to cause pain, anguish, or distress in the victim. This can encompass, but is not limited to, insults, verbal threats or assault, humiliation, harassment, or intimidation. Being treated like a child, social isolation, or refusing to speak to the senior as a punishment are all examples of psychological abuse.

Neglect and abandonment are similar but distinct forms of elder abuse. Neglect is defined as failing or refusing to provide an elder with all aspects of the care they need, while abandonment is the desertion of an elder by their caretaker. Abandonment can occur when a caretaker leaves the older adult at a location outside of the home, or suddenly abdicates their post altogether.

Neglect, on the other hand, can encompass any situation in which the caretaker ignores or does not meet all of the elder’s care needs. Often, this form of abuse occurs takes place when the caretaker doesn’t provide the necessities an elder needs to live, like food, water, shelter, medications, hygiene, clothing, personal safety, or comfort.

The NCEA also recognizes self-neglect as a type of elder abuse, wherein the elder behaves in a way that threatens their own health or safety. This often takes the form of an older adult who either refuses or fails to provide themselves with the necessities they need to live.

Financial abuse involves taking advantage of an older adult’s finances and using their property or assets in an illegal, unauthorized, or improper way. This can take several forms, such as overcharging them for services or a purchase, coercing them into a financial arrangement that doesn’t benefit them, stealing money or belongings from them, or forging their signature on financial or legal documents. It can also include abusing the benefits of being someone’s power of attorney or conservator.

Sexual abuse is defined as having non-consensual sexual contact with an older adult, whether by force or coercion. Examples of sexual abuse include unwanted advances, touching, taking nude photographs of the elder without knowledge or consent, coerced nudity, or sexual assault. If someone is unable to provide consent, any form of sexual contact is sexual abuse.

Elder abuse is common. You should never assume that it won’t happen to you, your family members, or your patients. Abuse can happen to anyone, and as the senior population continues to grow, it will likely become more of an issue. To better illustrate the scope of the problem:

There are laws and regulations in place to help protect elders from abuse and to penalize perpetrators. The federal government has passed laws to bolster services that identify, prevent, and intervene in cases of elder abuse, such as the Elder Justice Act and the Older Americans Act. While the Older Americans Act primarily provides funds for services that help seniors maintain independence, the Elder Justice Act is the first federal law to specifically finance elder abuse prevention and support programs.

Most of the policies that protect elders from abuse have been passed at the state level. All 50 states and the District of Columbia have some kind of legislation in place to address elder abuse. The nature and extent of these laws can vary between states; while some laws are included in criminal codes, other states embed their statutes into welfare or business codes. You should familiarize yourself with the laws in your state to understand what legal protections are in place for you, your loved one, or your patient. The U.S. Department of Justice offers an in-depth look at the different statutes in place for each state. The NCEA also provides a state-by-state look at various resources and agencies available to seniors who have experienced elder abuse.

How to Prevent Elder Abuse

Despite the various pieces of legislation that exist to protect seniors, the best way to support older adults is to try and prevent elder abuse from happening in the first place. It’s important to note that victims do not invite or ask for abuse, and caregivers can perpetrate abuse regardless of any steps you take to prevent them. There are a few things you can do, however, to help reduce the chances that you, a family member, or a patient experience elder abuse:

Learning how to identify the various signs of elder abuse is one of the most effective methods of prevention. Elder abuse tends to leave signs that you can recognize if you are attentive and know what to look for. Nurse practitioners with an emphasis on gerontology are in a special position to identify abuse, but anyone who is close to a senior, as well as older adults themselves, should educate themselves on these signs.

The most important and unmistakable sign of elder abuse, regardless of the form it takes, is if seniors claim they are being abused. Seniors may not directly state that they are being abused, but they might discuss how they are being exploited or mistreated in some way. These claims need to be taken seriously, and you must believe older adults if they disclose any abuse to you.

Some of the most common signs of physical abuse — particularly if the senior cannot or will not explain how they occurred — include:

Some of the most apparent signs of emotional abuse come from an older adult’s mood and behavior. They may:

These symptoms may begin to present themselves suddenly, so it is important to be especially wary if they materialize shortly after finding a new caregiver or senior living facility.

Signs of Neglect and Abandonment

The signs of neglect and abandonment include:

Generally speaking, anything that indicates an older adult’s health or care needs are not being met fully can be a sign of neglect or abandonment. If something feels wrong, it probably is wrong, and requires further investigation.

There are a number of signs of financial abuse to be aware of:

Sexual abuse may be easier to spot than other forms, simply because there is higher probably of physical evidence supporting its occurrence. Some of the warning signs of sexual elder abuse include:

In addition to being able to identify signs of abuse, it’s important to choose a caregiving facility in a careful and informed manner. Not only should you research facilities that fit your budget and suit the needs of your elder, you should do your best to find a senior living facility that’s trustworthy and treats all residents with kindness and respect. The right facility should have:

While there is no way to completely ensure that you or a loved one won’t experience elder abuse, these factors can indicate that a senior living facility is dedicated to providing quality, individualized care and takes claims of elder abuse seriously.

How to Report Elder Abuse

If you have suspicions that you, a family member, or a patient is suffering from elder abuse, don’t hesitate to report it to the authorities. In the event that someone is in immediate danger, call 911. In all other cases, you can report abuse to the caregiver facility, a medical professional, or the police.

If you are personally experiencing elder abuse, tell someone. You don’t have to call the police yourself; you can confide in a trusted friend or family member and ask them to call for you. You may also choose to report it to a medical professional, who is required by law to notify the authorities as a mandated reporter. Keep in mind that in certain states, all persons are mandated reporters and are therefore obligated to tell the police.

Additional places you can report elder abuse include:

You do not have to find proof of abuse to report it. You may be asked to share the name, contact information, and address of the victim, as well as details of the abuse. You might also have to give your name and contact information, but the authorities taking the report aren’t allowed to divulge your identity to either the abuser or the victim.

Avoid confronting the abuser, as you may put the senior in additional danger. Instead, report your concerns immediately and provide as much support to the older adult as possible. Intervention can be difficult, but it’s better to do so sooner rather than later. Seniors are a vulnerable group, and it’s vital for them to receive proper care.

Healthcare degrees, including nursing, can lead to some of the highest-earning potential careers