Founded in 1699, though its origins date back to the 1630s, Williamsburg was the Colony of Virginia’s capital from its founding until 1780, when then-Governor Thomas Jefferson moved it to Richmond. For the next century, Williamsburg stayed quiet — a town of several thousand people sandwiched between the York and James rivers, a few miles from the Chesapeake Bay and the mouth of the Atlantic. Spurred by Reverend Doctor W.A.R. Goodwin in the 1920s, Williamsburg’s center became Colonial Williamsburg, a living museum demonstrating the way of life in the 18th century. The museum’s shops, restaurants, houses, and other buildings now draw more than $1 billion in tourism to the region each year, hosting more than a half-million visitors annually. 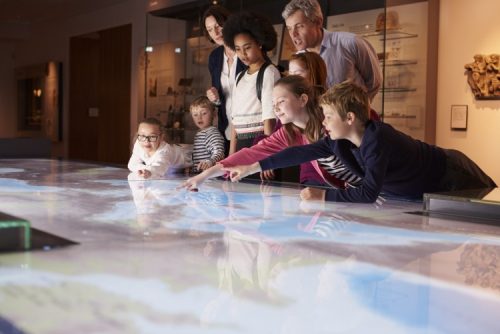 There’s more to Colonial Williamsburg than turning a profit. It takes the work of thousands of employees to make the museum and town come to life, and those colonial reenactors and educators inspire a love of history in visitors. Colonial Williamsburg employees work in what’s known as public history, where history connects with the public. Continue reading to learn more about careers in public history and how to step into one of these dynamic roles.

What Is Public History?

Public history is the interaction between history and the current world. In other words, it’s the application of history to current issues in a public context. Public history is sometimes also known as “applied history,” but neither term completely describes the professional opportunities available in the field. People who pursue careers in public history are often passionate about their work and hold a relevant degree, such as a Bachelor of Arts in History.

Powered by a passion for history and teaching stories and lessons to others, those who want to work in public history have several professional paths available to them. Below are some popular careers in public history, with details on the job market and expected salary for each.

There are more than 35,000 museums operating in the United States, according to the Institute of Museum and Library Services. They cover topics ranging from science and art to history and culture. Even museums that aren’t specifically history museums feature aspects of history. For example, an art museum might offer a tour addressing the impact of Italian art on the Western world, which would include historical details. Therefore, those who work in museums, such as curators, docents, and tour guides, must know the history behind objects in their museums.

Archivists work with historical documents and other media, protecting and preserving them for future generations. They often work in museums or similar organizations, especially those that house historical art, artifacts, and documents, such as the National Archives. Their work may also include sorting and storing those artifacts and documents, leading restoration efforts, and acquiring new materials.

According to the BLS, the 7,800 archivists working in the U.S. as of May 2018 earned a median annual salary of $52,240. The BLS expects the job market for archivists to add 700 jobs between 2018 and 2028, a 9% increase, which is nearly double the projected national job market growth rate during that span.

A library is a collection of materials that teach us about the past. Librarian is a career in public history in which individuals can help millions of people access history and much more. These professionals include school librarians, who encourage young students to read about important historical events, as well as librarians in specialty libraries, who direct researchers toward important primary documents and literature.

High school history teachers can connect with hundreds of students each year, teaching them about different aspects of U.S. and world history. While elementary and middle school students also learn history, high school courses are more detailed, exploring specific time periods and cultures. High school history teachers with a specific area of knowledge, such as post-World War II U.S. or medieval Europe, can teach those topics in large schools with diverse history offerings.

History degree graduates have many different opportunities to share the valuable lessons of the past. One option is pursuing a career in public history, inspiring future leaders, thinkers, and historians. Explore how Maryville University’s online Bachelor of Arts in History can put you on the path to one of these fulfilling careers.

Career Paths for Graduates with a History Degree

Institute of Museum and Library Services, “Government Doubles Official Estimate: There Are 35,000 Active Museums in the U.S.”

National Council on Public History, “How Do Historians Know About the Past?”